Teddy Sheringham was tonight unveiled as The Masked Singer's Tree - and the footballer revealed contestants have to wear balclavas backstage to ensure their identity doesn't get out.

The 53-year-old former England footballer was unmasked on the ITV singing show - which sees celebrities perform with their identitied disguised - after judges Davina McCall, Rita Ora, Jonathan Ross and Ken Jeong chose to save Octopus after the face off. 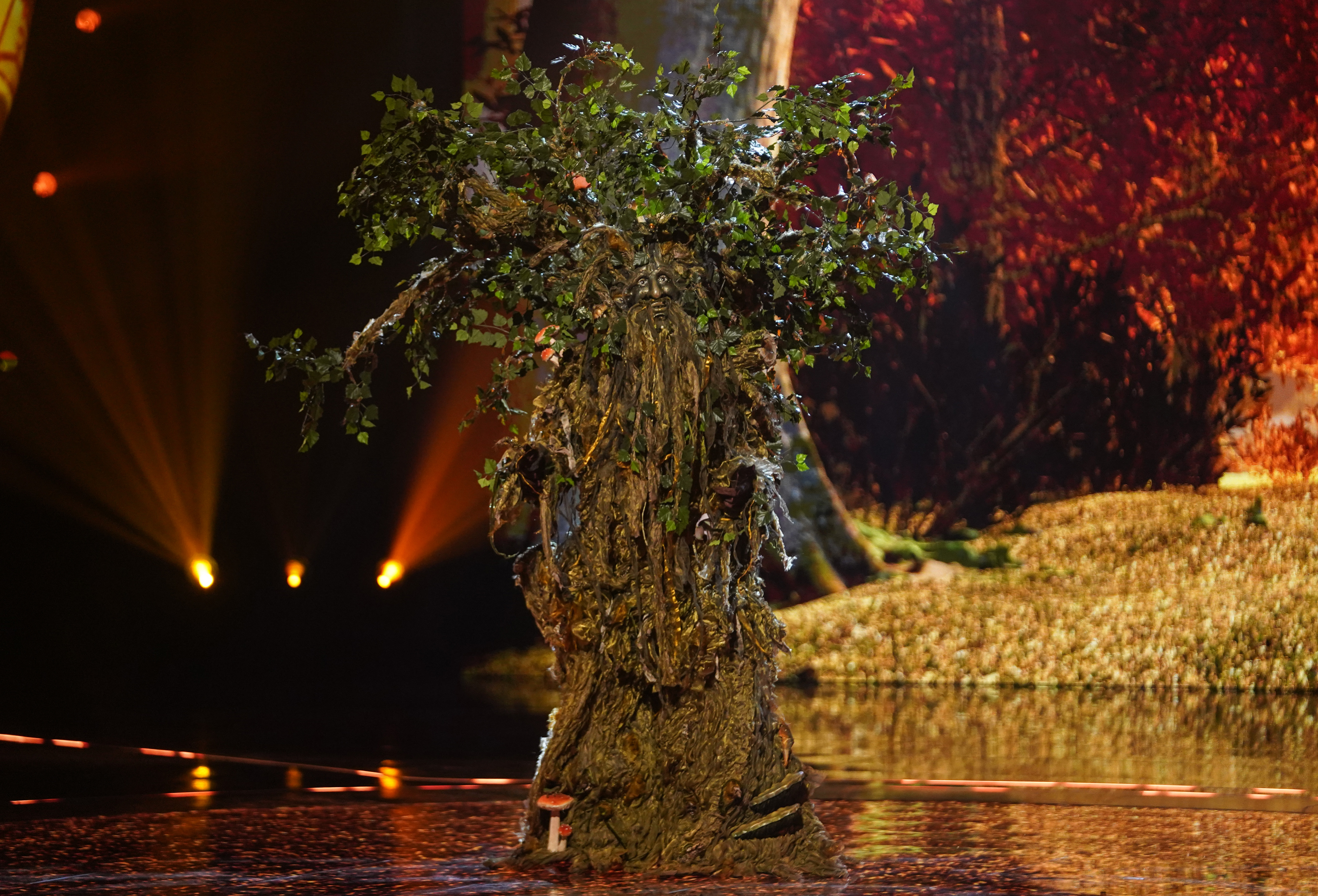 Sheringham revealed after the show: "Having to wear a balaclava and blacked out visor backstage so that no one recognised me was hard."

UNMASKED AT LAST 🌳 All the CLUES were there 👀⚽️ but did you GUESS HIS IDENTITY? 🤔 #MaskedSingerpic.twitter.com/3ngk7pNcQR

The former England striker - who retired in 2002 aged 36 - revealed he had turned down a lot of reality TV shows, but signed up to The Masked Singer to impress his kids.

Sheringham - who has two children with wife Kristina Andriotis, 33 - said: "I've been asked to do everything over the years but always declined. I saw the show that aired in the States and thought I'd love to do that for my kids."

He added: "I'd love to wear the costume at one of my kid's birthday parties, that would be special."

The judges - who has all guessed football players from Peter Crouch to Jamie Redknapp were shocked when Sheringham finally revealed his identity.

McCall exclaimed: "I can't believe we didn't get that!"

And Ross said: "That's one of the greats of English football right there on the stage ladies and gentlemen."

The former England striker revealed: "We all sing quite a lot at home and I thought my best shot was better than I did."

Popstar Ora told him: "For someone who plays football you can actually sing."

The footballer performed his face off song - Will Young's Evergreen - a second time without his mask on.

Sheringham competed in the face off against Octopus - who had viewers convinced she could be Kylie Minogue after dropping a hint she was connected to Jason Donovan.

But during her second performance she shocked the judges and viewers with an operatic note - leading to guesses on social media that she may be either Charlotte Church or Katherine Jenkins.

Also performing on the latest episode of The Masked Singer were Monster, Daisy and Fox.

Viewers and judge Davina McCall are convinced Monster is in fact hip hop star CeeLo Green. And during the Two Truths, One Lie round of clues he confessed "I am CeeLo!" which McCall insisted must be the truth.

The judges guessed Daisy was Fleur East who competed on The X Factor in 2005, while the latest guess for Fox was former EastEnders star Tamzin Outhwaite.

Last week saw Justin Hawkins from The Darkness revealed to be the celebrity inside Chameleon, while former Home Secretary Alan Johnson was previously exposed as Pharaoh and EastEnders star Patsy Palmer unveiled as the Butterfly.

READ MORE: Is there a Minogue sister inside 'The Masked Singer's Octopus?

READ MORE: Who are The Masked Singer celebrities?