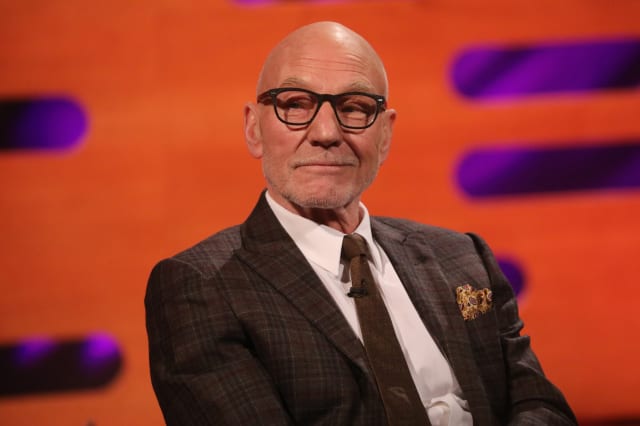 Sir Patrick Stewart has said he was mortified when a waiter walked into his hotel room and spotted him watching old episodes of Star Trek.

The 79-year-old is famous for his role as Captain Jean-Luc Picard in the sci-fi series.

Asked if he watches Star Trek, the actor tells The Graham Norton Show: "I don't look for it, but occasionally I'll happen upon it.

"There was one night in a hotel when I was flicking through the channels and there was an episode of Star Trek: The Next Generation, so I watched it for a few minutes and I got hooked.

"Then the waiter came in with my room service order and he looked at me, then looked at the television and I thought 'He is going to go away and tell the entire kitchen that it was the saddest thing he had ever seen, this guy upstairs alone, having room service and watching himself!'"

Sir Patrick said he did not want to return to the role of Captain Picard in Star Trek's latest TV outing as "there is nothing more to say", but changed his mind.

"I didn't just want to say 'No. Pass.' So I went to the meeting to explain to them face to face why I couldn't do it," he said.

"And then they made me an offer I couldn't refuse!" he said, explaining why he signed up for Star Trek: Picard for Amazon Prime Video.

"But there were conditions – no uniform and no Enterprise. They said they could live with that."