As Tony Stark, Robert Downey Jr could do no wrong... but as Doctor Dolittle, he's getting an absolute pasting.

RDJ's first post-Avengers role is not going down well among critics, who have taken it apart mercilessly. 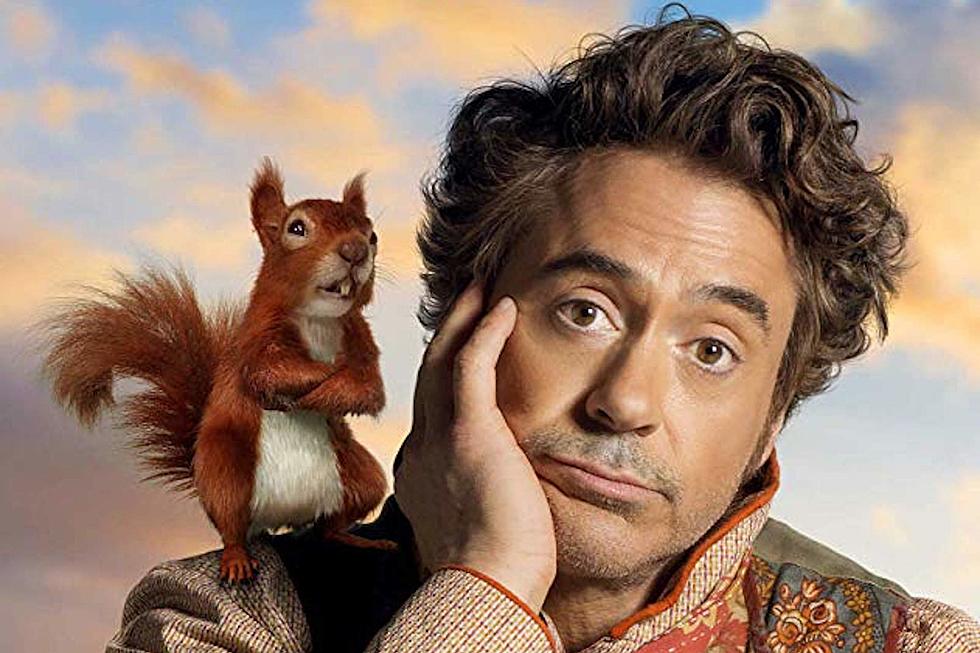 But it appear that Downey Jr's take on the physician who can talk to animals is memorable for all the wrong reasons.

"At some point during its troubled gestation, the movie once known as The Voyage of Doctor Dolittle was renamed Dolittle... it's too bad that the rest of this movie couldn't have been ditched as well, or at least dramatically shortened," writes The New York Times.

Variety reckons: "What should have been an awe-filled adventure quickly curdles into an awful one, thanks to a pedestrian formula and the filmmakers' fixation on fart jokes."

Per the New York Post: "There's got to be a moment, as an actor watches himself on-screen pulling bagpipes out of a CGI dragon's rear end, that he thinks, 'Have I really fallen this far?'"

The Wrap says it 'splats onto the screen like horse dung, with few laughs and no charm. Even the actor's legendary charisma, which this project sorely needed, gets tamped down'.

AV Club decries its 'confused, sweaty, zigzag approach to storytelling, which waves away inconvenient details and waves in lame jokes with an equal sense of desperation'.

Many also picked up on the strange choice of screenwriter for the project.

Noted The Washington Post: "Everyone knows that if you don't have anything nice to say, you shouldn't say anything at all. Less well known is the adage: 'You can't publish a movie review that is entirely blank.'"

That said, Vanity Fair was much kinder.

"Dolittle is a film made for children. So we should probably mostly view it through that lens. In that regard, the movie is perfectly okay," wrote Richard Lawson.

So far, we've no British reviews, but we can't imagine they'll be a vast improvement.

READ MORE: All the 2020 Oscar snubs and surprises

READ MORE: DC movies and TV shows cross over for the first time