The GMB host accused his colleague of "parading around in hot pants" and claimed: "You deliberately wore them to get people to notice." 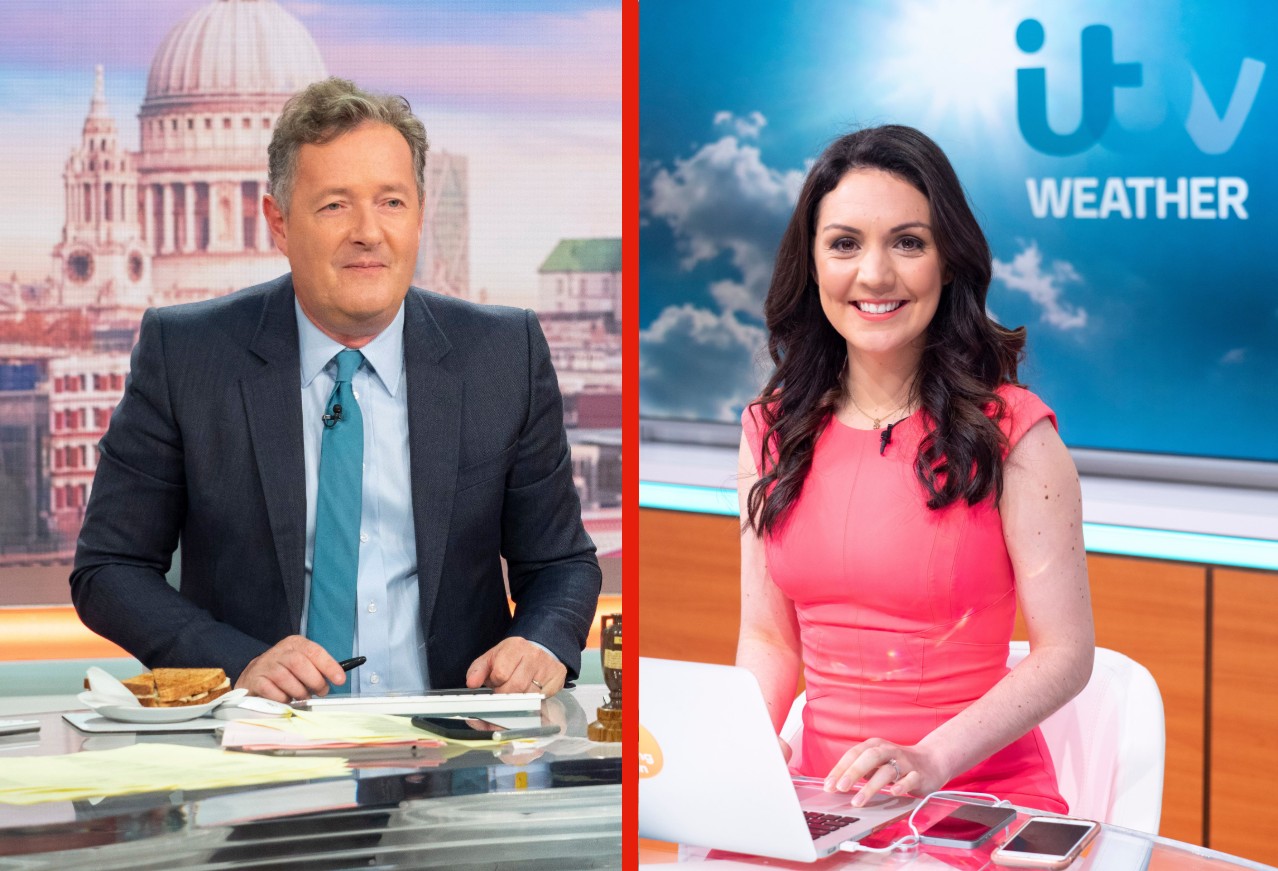 Tobin, 38, was quick to point out that her red trousers from Zara were "sustainable" fake leather, prompting Morgan to quip: "They're certainly sustaining me."

Morgan accused Tobin of not dressing appropriately for a weather presenter and said: "When a female presenter parades herself in skintight leather trousers to do the weather, you are going to get people going, 'Wow'."

Morgan later read out a tweet from a viewer which said: "Well out of order, the sexist comment on Laura Tobin's trousers. A woman should be able to wear what she likes without it being sexualised."

The 54-year-old presenter said: "If she is going to wear figure-hugging leather trousers I am going to notice."

Morgan then accused: "You deliberately wore them to get people to notice, all of you wear clothes hoping they will get noticed. If I call you hot, why is that offensive?"

Reid, 49, replied: "Because people don't want to be objectified at work," and accused her co-presenter's comments of being "slightly creepy".

Reid added: "Complimenting each other is not the same as sexualising each other. You're saying 'hot' as an alternative to 'sexy'."

Tobin tried to draw a line under the debate by saying: "Thank you for noticing and giving me some air time!"

They're just a pair of trousers! I thought I was being stylish!#NotLeather#NotAWeatherGirlhttps://t.co/wDGDbA0hpG

She had denied she was embarrassed by the exchange live on air, tweeting: "Lots of reaction to my trousers today. I'm not humiliated by @piersmorgan They're just a pair of trousers! I thought I was being stylish!"

Billie Eilish opens up about suicidal thoughts while on tour: 'I didn't think I'd make it to 17'