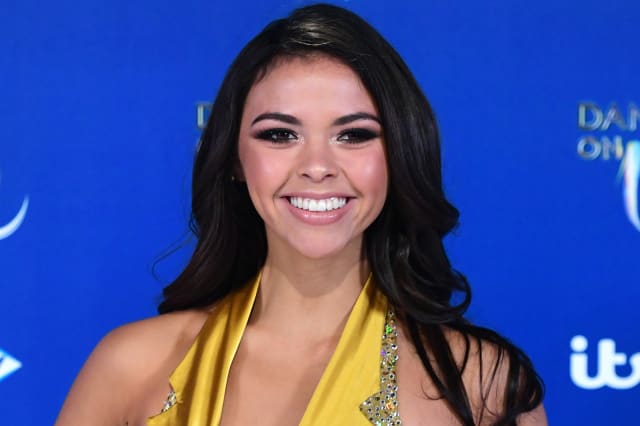 Professional skater Vanessa Bauer has pulled out of performing on tonight's Dancing On Ice after hitting her head in a fall.

Bauer, who is partnered with Diversity dancer Perri Kiely, said she was "gutted" about being told she could not participate in Sunday's show.

She confirmed that Kiely, who is currently the bookmakers' favourite, would still take part in the group routines.

Bauer said on Instagram: "I think it's obvious how I LOVE skating on @dancingonice which is why I'm gutted I can't perform tonight!

"After banging my head into the wall I feel fine but @itv is super cautious and really takes care of us skaters which is why I went through SO many tests.

"Although I feel ok I am not allowed to skate this weekend. For the sake of my health I have to rest my brain. ⁣
⁣
"I am GUTTED but at least @realperrikiely are not competing this week anyways! He will still be part of the group numbers like everybody else so I'm wishing everybody the best of luck and an incredible show!

"@realperrikiely and I will be back for the next week. As funny as I thought my fall was, head injuries are no joke and the consequences can be very serious.⁣"

Coronation Street actress Lisa George, who is competing, and professional skater Jessica Hatfield were among those who sent messages of support.

An ITV spokeswoman confirmed the pair would return to the rink next week.

A further statement on the Dancing On Ice Instagram account said: "While skating this week, @vanessabauer_skates had a fall and, following advice from the medics, she's going to be resting up for a few days. Don't worry @realperrikiely, we've got your back for tonight!"

Billie Eilish opens up about suicidal thoughts while on tour: 'I didn't think I'd make it to 17'