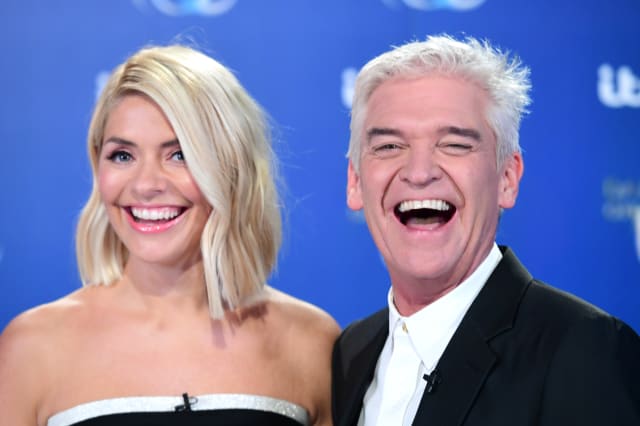 Trisha Goddard has been eliminated from Dancing On Ice.

The TV star and her professional partner Lukasz Rozycki received their marching orders from the ITV competition after a dance-off against Lucrezia Millarini and her partner Brendyn Hatfield.

Goddard told hosts Holly Willoughby and Phillip Schofield she had done what she had set out to do, although she would have loved to have achieved more.

"I learned to skate," she said, calling Rozycki "the best skating partner".

Goddard found herself in the bottom two after last week's show, when the first half of this year's contestants performed.

The remaining contestants made their debut in front of the judges this Sunday, and newsreader Millarini found herself at the bottom of the group after scoring just 18 out of 40.

Prior to her routine, Goddard, who was diagnosed with breast cancer in 2008, said she would be performing for everyone going through cancer.

She said it would "be about my recovery and continued recovery from breast cancer".

She also made it clear that she wanted the pressure sleeve she wears to show as she skated.

After the skate-off, judges Jayne Torvill, Christopher Dean, Ashley Banjo and John Barrowman praised Goddard but chose to save Millarini.

There was also an appearance from Michael Barrymore, who was supposed to be a contestant this year but had to pull out after hurting himself during training.

A video during the programme showed the veteran entertainer heading to training to surprise Chinyanganya, who replaced him in the competition.

He told the contestant: "Love every minute. Do it for yourself and do it for the crowd."

Dancing On Ice continues on ITV.