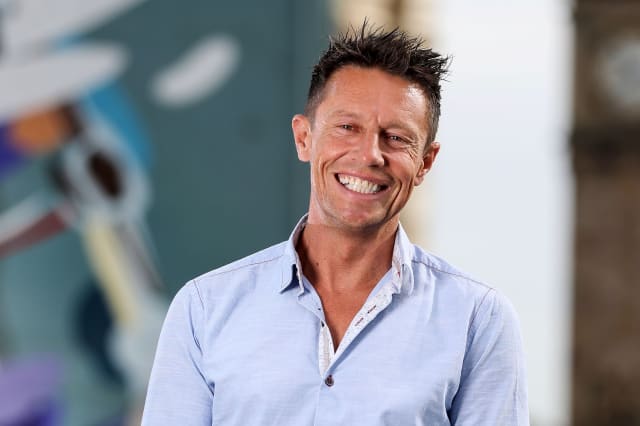 Stormont leaders, fellow presenters, listeners and charities were among scores of people who expressed their shock and sadness after the corporation announced that he had died.

Clements, a married father-of-two, joined the station last summer, having been the long-time presenter of Q Radio's breakfast show.

His brother Gavin described him as "deeply loved".

"We are devastated to lose Stephen who was deeply loved by his family and friends," he said in a statement issued via the BBC.

"We would ask for time to come to terms with this news and for privacy at this difficult time."

BBC Northern Ireland director Peter Johnston described Clements as a "talented and versatile presenter who was much loved by his colleagues and listeners".

"He brought creative flair and a sense of mischievous fun to our airwaves. And he had already become an established part of the BBC family," he said.

"Our thoughts are with his family and friends at this most difficult time."

"Stephen was somebody who I admired greatly," she said.

"He had incredible talent and gave so much to the community here in Northern Ireland.

"Indeed the last time I was speaking to him was here in Stormont where he was hosting a charity event before Christmas.

"Can I just say it is devastating news and I know many people right across Northern Ireland will feel that today, I certainly do.

"And I just want to remember his wife and his beautiful little children in my prayers and I hope that everyone will reflect and remember them tonight."

"I am deeply shocked and saddened to hear of the passing of Stephen Clements today," she said.

"His radio shows on BBC Radio Ulster and Q Radio brought his legion of listeners joy through his music and humour."

Alliance Party leader Naomi Long tweeted: "His warmth and humour shone through his work. A really lovely person and a huge loss".

Eamonn Holmes said the radio presenter will be missed.

"My heartfelt condolences to your family. A lesson for us all to live life because we don't know how long it will last. Sad, sad times. How can you be gone?"

Stephen Nolan also took to Twitter to express his sadness, describing Clements as a "kind, decent human being with so much natural talent".

Having turned Q Radio's breakfast show into one of the most popular programmes in the region, Clements landed what he described as his "dream" job at the BBC last year.

He worked as a presenter for BBC NI's coverage of the Open golf championship at Royal Portrush in July, and in September became the new host of Radio Ulster's mid-morning show.

Q Radio tweeted: "We are heartbroken today to learn that our former Q Radio Breakfast show host, colleague and friend Stephen Clements has died suddenly at the age of 47."

Later in a statement the station said it has been "overwhelmed" by the volume of people getting in touch to share their experiences of Clements.

"His humour, generosity, compassion and ability to put people at ease. He will be missed by all of us more than words can say," the statement added.

Charities which Clements had worked with also expressed their sadness.

Catherine Nuttall, head of fundraising for NSPCC Northern Ireland, said he had been a "much-loved ambassador".

"We were very lucky to have his generous support for many years and I was very fortunate to call him a friend," she said.

"He was always so passionate about children and young people and supporting the work of the NSPCC and Childline across Northern Ireland.

"He was generous with his time, often taking several hours out of his busy schedule to support our fundraising and awareness raising activities.

"He told me on several occasions how proud he was to be an NSPCC ambassador in Northern Ireland and we were incredibly proud to have him involved."

The presenter, from Carrickfergus, is survived by his wife, Natasha, and their two children, Poppy and Robbie.