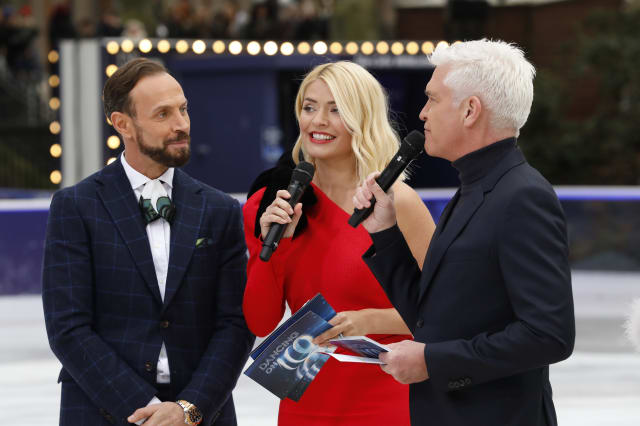 The choreographer and broadcaster said that Willoughby and Schofield, with whom he has worked on and off since the ice skating programme started in 2006, had snubbed him since he confirmed his departure last year.

Gardiner told The Sun: "Since it was announced I was leaving the show I've had nothing from Phil and Holly. Not even a text message.

"It is hurtful, especially because when Phillip was getting a lot of negative attention recently I sent him a message of support.

"I thought they would get in touch but I've learned this industry is full of fake and disingenuous people."

Gardiner said that he was also upset that his ice skating heroes Christopher Dean and Jayne Torvill, who are judges on the show, did not get in touch with him either.

He said that judge Ashley Banjo was "the only person who sent me a text message".

"It's upsetting, because I really valued these people, and I can't understand why they wouldn't get in touch. It doesn't take much to send a message or a DM," he added.

"I thought that I was part of the Dancing On Ice family. But obviously I'm not."

Gardiner also revealed that he has had "issues" with Schofield over the years, and that he has "always settled my grievances with him man to man".

"That's how I deal with things — directly. We've shaken hands and those problems have been overcome."

He described the This Morning host as a "brilliant presenter and very professional", but that he is "not somebody I would have a close personal friendship with".

Gardiner, who was known for his sharp tongue when critiquing the celebrity skaters, was a Dancing On Ice judge during every year of its original run, from 2006 until 2014, apart from 2012. And he rejoined the show when it made a comeback in 2018.

He has been replaced by former Dancing On Ice contestant John Barrowman on the judging panel.

Dancing On Ice returns to ITV at 6pm on Sunday.