Michael Barrymore ‘devastated’ to pull out of Dancing On Ice 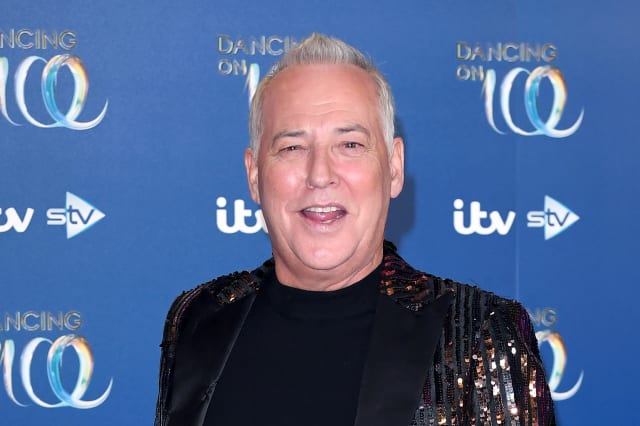 Michael Barrymore has said he was "absolutely devastated" to have to pull out of Dancing On Ice.

The veteran entertainer, 67, was due to appear on the ITV show but broke his wrist during a fall, and will now be replaced by former Blue Peter presenter Radzi Chinyanganya.

He appeared at the end of Sunday night's festive launch programme to say how upset he was that he could not take part.

All we want for Christmas is a giant cracker... and an amazing group performance from all of our new couples! #DancingOnIcepic.twitter.com/9hii0uOf9h

He said: "You might have heard that since the Christmas show I've broken my wrist and unfortunately I can't compete in the show.

"I'm absolutely devastated but I wish all the best to the other competitors and I'll be here on January 5 with them, cheering them on and supporting them."

The launch show was recorded before Barrymore hurt himself so earlier in the programme he was seen on the ice.

He also gave an interview in which he said he loved the industry and that "something happens" to him when he is entertaining.

"When I walk into the light, I come alive," he said. "I didn't think it would ever happen again."

He said he was "so happy" to be given the opportunity.

Heartbreakingly, after this was filmed, @michaelbarrymore suffered an injury during training and had to withdraw from #DancingOnIce. We miss you Michael, hope you recover soon! pic.twitter.com/DmVwraLnJt

The show introduced viewers to the new contestants and their professional partners, as well as welcoming back old favourites such as Gemma Collins.

ARGH! Anyone else genuinely jump when @gemmacollins1 jumped out? #DancingOnIce

The launch show also saw John Barrowman make his debut as a judge.

The actor is replacing Jason Gardiner on the panel, alongside returning judges Jayne Torvill, Christopher Dean and Ashley Banjo.

You mean you don't carry confetti with you everywhere you go? ✨ #DancingOnIcepic.twitter.com/TZ88nqiliP

Host Phillip Schofield joked that there were now two silver foxes at the rink as Barrowman was sporting a new frosted hair-do.

"He looks like a badger though," laughed Schofield, before co-host Holly Willoughby added: "But a hot one."

Hands up if seeing @schofe and @hollywilloughby next to an ice rink gets you all over-excited? 🙋‍♀️ #DancingOnIce

Dancing On Ice returns on January 5.