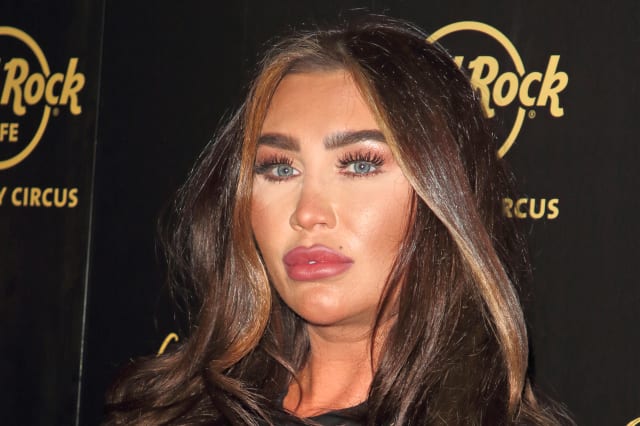 Lauren Goodger has claimed she was "completely set up" by her former agent in regards to the fake, poison-containing weight loss drink she agreed to promote on her social media accounts.

In an undercover BBC Three documentary series by comedian Blindboy, the TOWIE star was caught on camera accepting an endorsement deal with Cyanora, a made-up beverage brand, along with Mike Hassini and Love Island's Zara Holland. During the meeting, the trio were all told that the liquid contained hydrogen cyanide.

The 33-year-old was also quizzed on whether she would mind backing a product that she had yet to taste herself, where she confessed that she had never tried Skinny Coffee despite singing its praises on Instagram.

Now, she's saying that the backlash she's received over the video is "not really fair."

"I wanna make it clear that I have since split with the agent who set up that job audition and my new team would never put me in a situation like that," she told OK! online. "Basically, my old agent was desperate to get me work because I think she thought she was going to lose me to another agency.

"She called me up and said 'I've got you an audition for a water company, meet me at this address."

Goodger went on to insist that she "didn't know anything about the product" before attending the meeting and that she'd "never heard of" hydrogen cyanide before that day.

"I'm not a scientist. I genuinely just thought it was some special ingredient that was being used. Like if you asked me what is in Lucozade, I couldn't tell you," she said. "The BBC set me up and I feel like I've been unfairly targeted by them."