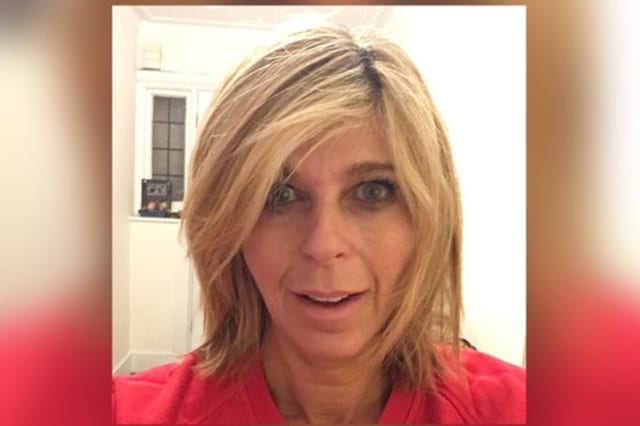 Kate Garraway missed her return to Good Morning Britain after she accidentally overslept following her stint in the jungle.

The presenter, 52, was due back on the early morning ITV show on Thursday following her appearance on I'm A Celebrity... Get Me Out Of Here!.

But Ranvir Singh, 42, had to step in for her at the last minute, joining Ben Shephard, 45.

'I feel asleep and the next thing I know it's 20 minutes ago. I'm gonna get fired!'

Have you ever been so tired, you slept through your alarm and woke up in your clothes from the night before? 😅⏰

Garraway told her Instagram followers she hoped she would not get "fired" for the "disaster".

She wrote: "Overslept on my first morning back at work on Good Morning Britain.

Should @kategarraway be fired for sleeping in late and missing the show? #GMB

Posting a selfie with make-up from the previous night still on, she added: "Woke up looking like this!!!??!!!."

In a video link to the show, she said: "I've still got my shoes on! I fell asleep and the next thing I know it was 20 minutes ago."

She quipped the mistake could be "karma" following a conversation she had in the jungle with fellow celebrities Adele Roberts and Roman Kemp.

"I was so smug and said I'd never overslept and missed a show because I get up so early that even if I've overslept it's still only 3.15."

Oh no - disaster - overslept on my 1st morning back at work on @gmb . Fell asleep last night fully made up with clothes on and contacts in - didn’t set alarm . Woke up looking like this !!!??!!! Can’t believe it - am going to get fired first morning back! And to think @adeleroberts & @romankemp we were talking about this in the jungle and I was proudly saying I had never overslept enough in 20 years to actually miss a show !!!! That’s karma !!!!

Shephard joked: "You've had one sniff of primetime and this is what happens."

Singh, Good Morning Britain's political editor, told viewers she received a text message at 3.26am from the show's editor.

"I got a text message this morning, just shortly after my alarm went off because I'm usually outside in the dark and the rain...

"'Hi love,' this is from our lovely editor, 'We've got a problem – we can't raise Kate Garraway. If need be, could you step in to do the show with Ben. We'll keep you posted.'"

Garraway later explained she had fallen asleep with one of her children, who was off school and unwell.

She later had to tell husband Derek Draper she was live on air after he walked out of their bedroom – although not on camera – naked.