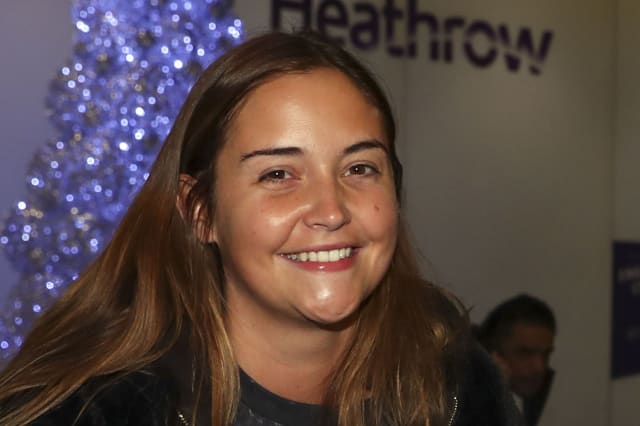 I'm A Celebrity ... Get Me Out Of Here! champion Jacqueline Jossa has confessed to having already ruined her jungle crown.

The former EastEnders actress made the admission while catching up with runners-up Roman Kemp and Andy Whyment on Capital Breakfast, where Kemp is a host.

Jossa, 27, said the flowery headdress handed to her following her win had "died".

The soap star also admitted that she had given back the winner's sceptre after posing for pictures with it.

Asked what she had done with her crown, she said: "Oh yeah, well, the crown sort of died so I've just squished it in a thing, I'm trying to dry it out."

Talking about the sceptre, she added: "And I already had to give it back, the other thing. I was like 'You gonna need this for next year?' and they were like 'Yeah, let me just grab that'."

She also said she had received a message from Kylie Jenner, after swapping numbers with the reality TV star's mother, Caitlyn Jenner, who was a fellow contestant.

Jossa said: "Literally the day I got home I got a message from (Caitlyn), a voice, a video, and it was her just like 'Hey jungle Jaq, hope you got home OK.'

"Then she was like 'I've got someone here that wants to congratulate you.'

"Then literally Kylie looking like a god – no make-up on either, she just looks amazing – she peered over and she was like 'Jacqueline'.

"She said my name in an American accent and it was just incredible. She was like 'Thanks for baiting my dad. You've done so well, I've heard so much about you.'

"It was amazing. I'll show you it, it was incredible."

Earlier this week Jossa's husband, Dan Osborne, issued a public apology after it was alleged that he had cheated on her.

During her time on I'm A Celebrity, Jossa's campmate and Rak-Su star Myles Stephenson reportedly claimed to her that Osborne cheated on her with Stephenson's ex-girlfriend Gabby Allen.

Former The Only Way Is Essex star Osborne and Love Island star Allen were previously in the Celebrity Big Brother house together.

Mariah Carey to be inducted into Songwriters Hall of Fame