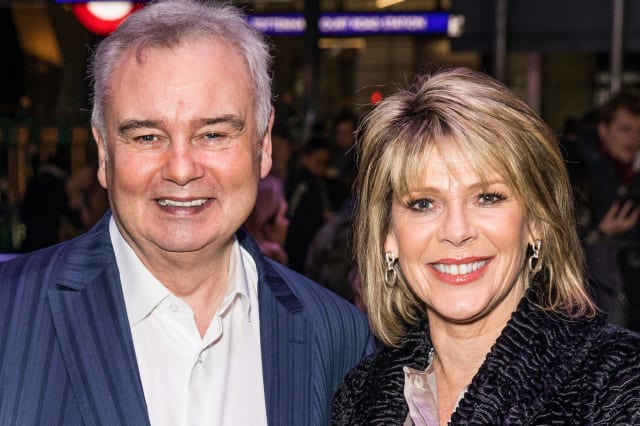 Rylan Clark-Neal has revealed the hilarious Christmas card sent out by Eamonn Holmes and his wife Ruth Langsford.

The TV presenter shared the Downton Abbey-inspired card on Instagram.

It features the married This Morning hosts dressed like a lord and lady of the manor next to a roaring fire.

Above the mantelpiece is a portrait of the couple. The card features the message: "Wishing you an Abbey Christmas."

The Holmes's card was pictured next to one belonging to actress Lesley Joseph, best known for appearing in sitcom Birds Of A Feather.

An impressed Clark-Neal captioned the post: "Christmas card game has been upped this year."

Langsford commented: "Think @lesleyjosephtv might just have the edge!!"