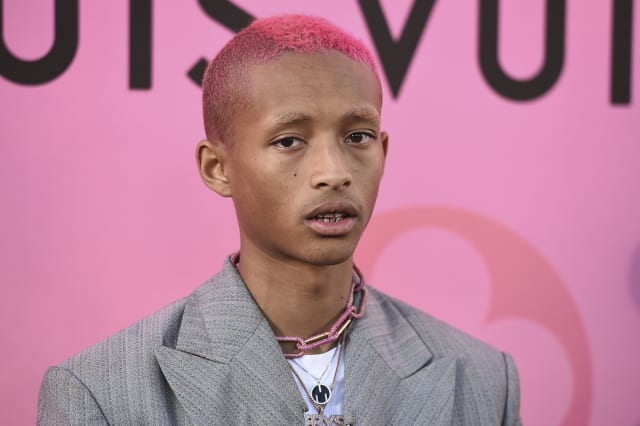 Months after the season two premiere of US Facebook talk show 'Red Table Talk', when Will and Jada Pinkett Smith discussed having an intervention with their son Jaden after he was "wasting away" from his overly-restrictive vegan diet, the 21-year-old rapper is assuring audiences that he's "fine."

The oldest of Will and Jada's two children made an appearance on the Facebook Watch show back in September when his father called an "emergency family meeting" to discuss his own weight gain. But the attention was quickly turned to Jaden after his parents mentioned a health scare.

The group went on to explain that Jaden's unhealthy habits while transitioning into a plant-based diet manifested themselves into sickness, which led Will and Jada to jump in.

However, in Monday's follow-up episode, on which the family spoke with a couple of experts about their results of an in-depth health test, Jaden expressed that the reaction to his parents' openness made him reluctant to participate.

"After the last episode, I walk in the street and people are like, 'Oh my god! Are you sick? Can I pick you up? Could I get you some water?' Come up to me like, 'You can have my food, man,'" Jaden explained. "I'm here eating too. I'm good, I'm fine."

The family laughed off the concern that people had expressed in response to the episode — but even Willow expressed concern about having the results of their health tests revealed on camera.

"I'm not trying to be health surprised," Willow said. "All I'm worried about is getting thrown and then trying to act right on camera."

Fortunately, the family faced few surprises during the episode, but instead learned about small ways that they can all improve their diets and overall health. For Jaden in particular, Doctor Mark Hyman explained that his nutritional deficiencies are a result of his sensitive stomach, which can easily be fixed by learning about the foods that he should and should not be eating.

"When you fix your stomach, your diet expands, you take a few supplements, everything's back to normal," Dr. Hyman said. "You're gonna rock the world."

READ MORE: Megan Fox has revealed she sends her sons to an 'organic, sustainable, vegan school'

READ MORE: Meghan Markle is probably a flexitarian not a vegan, but what does that mean?

Police officers escort swan back to pond in Belfast

Watch Mark Wahlberg's Get a Special Surprise From Post Malone

Billy Crystal on His Marriage, Working with Tiffany Haddish and Host the Oscars 9 Times