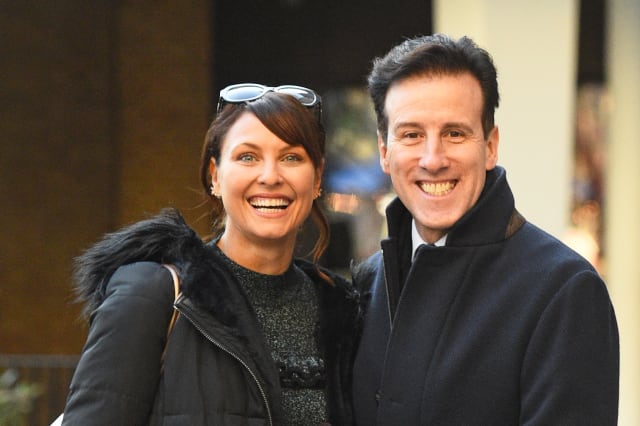 Emma Barton has revealed she was blighted by an unusual injury while taking part in Strictly Come Dancing.

The EastEnders actress, who will compete against CBBC star Karim Zeroual and Emmerdale's Kelvin Fletcher in Saturday night's final, said she pulled a muscle in her bottom.

She said: "It's quite funny actually, the Charleston – we did it week 11 and it's fast, high intensity.

"We smashed it all through the week and then, on the Friday morning, when we got to the studio we had to do a bit of social media and I pulled a muscle in my bottom, just standing. How do you do that?

She revealed she "strapped up" the injured area, saying: "It had several large plasters on it, it worked because I got through it."

She will perform the Charleston again in the final with professional partner Anton Du Beke and joked: "I might have to get the plasters back out."

I can’t quite believe I am writing this... @mrantondubeke & I have made the FINAL @bbcstrictly Thank you to each & everyone of you who have made this happen by voting for us. We are so HAPPY. Also for your beautiful reactions to our dances on Saturday night, especially our waltz.. a dance I will never ever forget. 🥰 Thank you again....... ❤️❤️❤️❤️

Barton said she was stunned to make it as far as the final, especially because she struggled with one particular dance.

"I couldn't believe getting to the semi-finals, but then words can't describe how I feel.

"I am just the biggest Strictly fan, I've loved every second, I've loved being with Anton, I really have, and it's just been brilliant and I just want to go out and enjoy Saturday, that is it now.

FINALISTS!... We're 2019 #Strictly Grand FINALISTS!! Thrilled beyond thrilled - and all down to my wonderful partner @TheEmmaBarton and every single one of your votes! Tremendous thanks, once again, my loves - you're just the best! Anton XX 😘 #StrictlyFinal #JustSayin'! 🕺💃👏🏻👏🏻

"We are lucky enough to dance three amazing dances. Our showdance is going to be fantastic if we get it right and I don't drop the cane."

It will be only the second time Du Beke has competed in a final, despite being in the show since it started in 2004, and he said: "I am beyond excited, I can't even tell you what that feels like.

"I wish I could remember what it felt like the last time, the only other time.

"It's wonderful. I'm like Emma, a huge Strictly Come Dancing fan – that is why I do it, because I love it, and the thing that I love more than anything else is to be dancing with a fan of the show and Emma is a super-fan.

"So for Emma to experience the whole journey and take me along with her has been just wonderful, and to see Emma develop and grow as a dancer, as a performer."

Assessing their chances, he said: "We have all got the same chance, it's the most important people who are voting this time – it's the audience at home.

"It's all a real level sort of playing field in the final, anything can happen, and all you can focus on is your bit and hope it's good enough."

He added: "It's up for grabs, anyone can pick it up. I feel like that when I'm doing the launch show every year, and then they give me my partner ... but this year it's different."