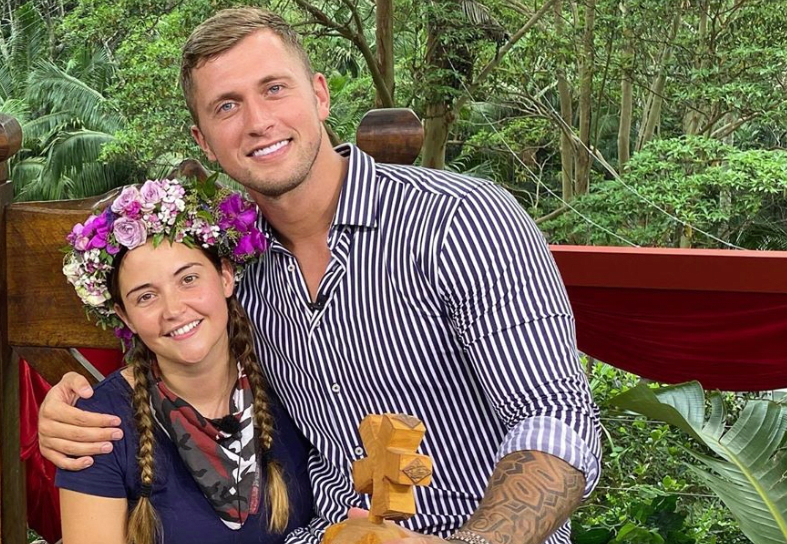 New Queen of the Jungle Jacqueline Jossa is refusing all interviews about her I'm A Celebrity win after her husband Dan Osborne was hit by various new cheating claims during her time on the show.

The former EastEnders star was announced as this year's winner of the ITV contest on Sunday night, and ran into the arms of waiting Osborne after tearfully telling presenters Ant and Dec she thought people had viewed her as "a doormat" before taking part in the series.

READ MORE: All you need to know about Jacqueline Jossa

It was unclear what Jossa's reasons were for not agreeing to any interviews, but as fans began to speculate, her fellow campmates Andy Whyment and Kate Garraway dodged questions about it on Good Morning Britain.

Really pleased @jacquelineMjos won the jungle but i am a bit gutted she not doing interviews. But i do understand. Bless her. Can't wait to see her reunite with Ella and Mia. ❤❤❤

@jacquelineMjos Congratulations Jacqueline. Voted for you all the way. However, just heard you are not doing any interviews. Hope this is not true for all the people who voted for you.

Asked how Jossa was coping with her win, the pair looked awkwardly at each other before Whyment said: "I think she's fine, we've just done a little bit of filming for the coming-out show, she looks fine, she's got a magnificent dress on..."

READ MORE: All you need to know about Andy Whyment

When Jossa was told she'd won on Sunday night's show, she appeared to be very shaky as she said: "I think it's so easy to care so much what other people think of you, trolls, people who say nasty things for the sake of it and I try to change their opinion.

"I've always been known as Lauren from EastEnders, or a doormat, or whatever you want to call it, and coming here I have actually proved myself."

The moment @jacquelineMjos found out you'd voted for her to become Queen of the Jungle! � � #ImACelebpic.twitter.com/iK6OQHqjuJ

It had been rumoured that Jossa had considered quitting the show after fellow contestant Myles Stephenson reportedly told her in unaired scenes that Osborne had cheated on her with his ex, Love Island's Gabby Allen.

He has strenuously denied all of the rumours, but Jossa would not have been aware of the extent of the allegations until she left the jungle after her win.

READ MORE: No one is waiting for Caitlyn Jenner as she leaves I'm A Celebrity

The couple were photographed hugging and kissing as they travelled to the Palazzo Versace hotel where Jossa tearfully embraced her two young daughters in front of cameras.

Osborne posted a supportive, loving message about his wife's win after it was announced, although she has stayed quiet on social media so far.

Before heading to the I'm A Celebrity final, Osborne had posted on Instagram that some days over the past three weeks, smiling hadn't seemed possible.

He captioned a photo of the couple's children with: "These little faces tomorrow when they see mummy.... it's going to be beautiful!

"As much as it's been tough at times, they have been amazing for me in the past month while Jac has been gone, I am so lucky to have you girls and your big brother.

"Thank you my babies for putting a smile on daddy's face every single day even on the days that smiling just doesn't seem possible.

"You are all incredible and my world! Now let's go get mummy back."