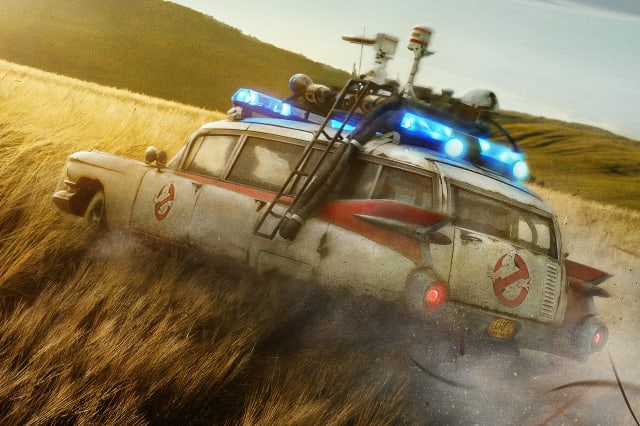 The first trailer for the new Ghostbusters sequel sees the return of franchise favourites Slimer and the Ecto-1 car alongside a new cast of new stars.

Ghostbusters: Afterlife, which will be released next summer, is directed by Jason Reitman, the son of the original film's director Ivan Reitman.

It is also set to see guest cameos from Bill Murray, Dan Akroyd, Ernie Hudson and Sigourney Weaver – although were not present in the preview clip.

Harold Ramis, who played Egon Spengler in original film Ghostbusters in 1984 and its follow-up Ghostbusters II in 1989, died in 2014.

The trailer shows a single mother and her two children moving to a mysterious, inherited house in a small town – which is hit by unusual and unexplained tremors – where they start to discover the connection to the original ghostbusters and the secret legacy their grandfather left behind.

Rudd plays a teacher who becomes enthralled when he discovers old pieces of kit used by the ghostbusters.

The trailer also has glimpses of ghost Slimer and the car from the original films, the Ectomobile, complete with its Ecto-1 number plate.

The film is the fourth in the Ghostbusters franchise and the first since the all-female release in 2016 starring Melissa McCarthy, Kristen Wiig, Kate McKinnon and Leslie Jones, who started a ghost-catching business in New York City.

It was directed by Bridesmaids film-maker Paul Feig and received a mixed reception.

Juno and Up In The Air director Jason wrote and directed Ghostbusters: Afterlife, and his father Ivan took on a producing role.

Ghostbusters: Afterlife will be released in cinemas in July 2020.