John Travolta recalls dancing the night away with Princess Diana: 'I was the Prince Charming of the evening' 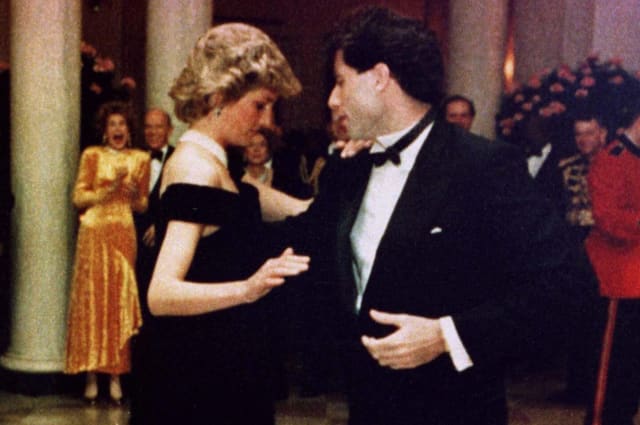 You might think that ballroom dances between a charming prince and lovely princess are just the stuff of animated Disney movies.

But John Travolta lived that experience off-screen almost 35 years ago, when he cut a rug with Princess Diana at a White House dinner in November 1985.

At the time, Diana was still a new addition to the British royal family, having married Prince Charles four years prior. 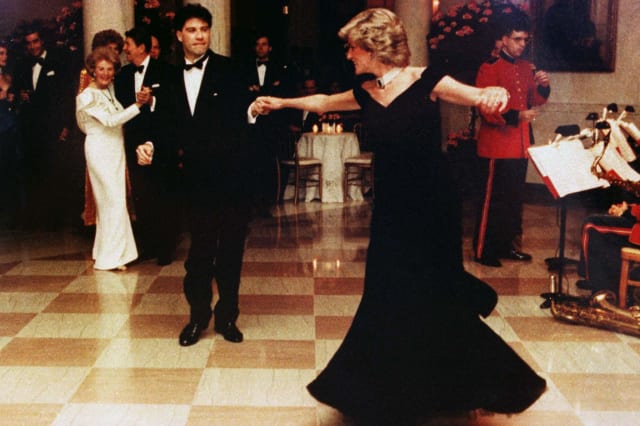 The two were on a tour of the U.S., and then-first lady Nancy Reagan organized an event in their honor.

Travolta, meanwhile, had graduated from scene-stealer status on the sitcom Welcome Back, Kotter and become a big-screen superstar thanks to hits like Saturday Night Fever and Grease, both of which established him as America's leading dancing heartthrob.

It's no wonder that the first lady decided to pair the two at the White House... although she didn't prepare Travolta for his role. "I didn't know until I got there that I was supposed to dance with her," the actor reveals to Yahoo Entertainment.

"[Princess Diana] kept that a secret when she met me. She didn't know that Nancy Reagan hadn't told me yet that this was the plan — that I was the Prince Charming of the evening."

Of course, Travolta would never think of turning down a First Lady... or a princess for that matter.

Taking the dance floor, his nerves initially got the better of him as images of Diana dancing with Charles at their wedding flooded his mind. "I was awestruck with her," he admits now.

"She led the way, and I thought: 'Well, that's not going to happen! I've got to go back to my school days of learning ballroom dancing and show that I can lead her.'"

Thinking back on that night some three decades later, Travolta's memories have less to do with what he and Diana talked about — Clint Eastwood's tardiness was one subject they discussed — and more about the charisma his dancing partner brought to every room.

He also has a near-perfect recall of the black velvet dress she wore — a dress that, as it happens, is currently up for auction courtesy of the London-based Kerry Taylor Auctions.

Diana's dress is included amongst a "Passion for Fashion" collection of boutique ensembles, which are on display for viewing on Dec. 6 and 8, with bidding scheduled for Dec. 9. "It fit her beautifully," Travolta recalls wistfully.

"I could probably sketch it in my mind because it was so specific."