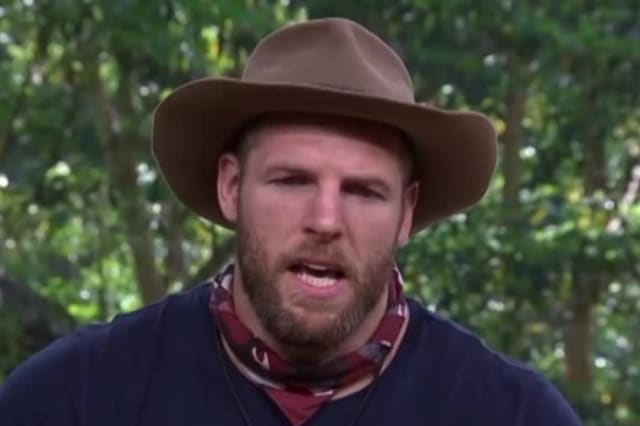 I'm A Celebrity... Get Me Out Of Here!'s James Haskell offended viewers with his latest outburst - prompting complaints to TV regulator Ofcom.

The rugby player snapped, declaring he was "too intelligent" to take part in the "circus of stupidity" as the other celebrities pondered their answer in the Dingo Dollar Challenge.

Ofcom confirmed it had recieved 32 complaints from viewers about Haskell's rant.

The 34-year-old sportsman lost his temper when the campmates were asked to answer the question "What percentage of adults think that a 'stiff upper lip' is generally a good thing? A - 37 per cent or B - 57 per cent?", in order to win a treat.

When a game of charades gets heated... 🙈 #ImACelebpic.twitter.com/c7DxiuWDv8

TV presenter Kate Garraway explained to the other celebrities what stiff upper lip was, and they started to ponder their answer, but Haskell pushed them to vote on it, asking for a show of hands.

Garraway said: "James, we've got nothing else to do, it's okay."

Haskell later fumed to comedian Andrew Maxwell: "It irritates the p*** out of me because it's that simple.

"I can't do it, I'm too intelligent and too switched on, just put your hands right up, let someone count them, right the majority win, shut up and lets move on."

Spin-off show host Emily Atack, who took part in the jungle reality show herself last year, admitted even she was offended by Haskell's brutal comments.

The ITV show previously recieved 78 complaints to Ofcom about Haskell's comment to footballer Ian Wright, who he mocked for having a "clubfoot".

Clubfoot is a birth defect that can mean one or both feet point down and inwards at the ankle, and can leave children unable to walk.

Haskell's wife Chloe Madeley has defended the rugby player's behaviour, claiming he is short-tempered because he is hungry.

Anna Vakili - "I wish I was in the Love Island villa!"