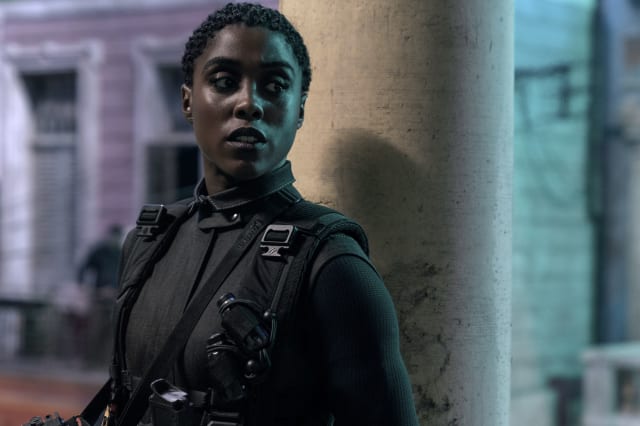 James Bond comes face to face with the woman who appears to have replaced him as 007 in the first trailer for No Time To Die.

The footage from the highly anticipated film, directed by Cary Joji Fukunaga and co-written by Fleabag's Phoebe Waller-Bridge, shows Daniel Craig back in the role but no longer working as the spy with the licence to kill.

It shows his first meeting with Nomi, played by Captain Marvel star Lashana Lynch, who brusquely tells him: "The world has moved on Commander Bond. You get in my way I will put a bullet in your knee. The one that works."

When Bond asks her if she is a double 00, she confirms she has been for two years.

The two-and-a-half-minute trailer opens with Bond and Madeleine Swann, played by Lea Seydoux, being chased in an Aston Martin, as he suspects her of betraying him, and also marks the return of Christoph Waltz as Ernst Blofeld, who appears to confirm his fears.

Bond and Swann ran off together at the end of 2015's Spectre and have been living off the grid together until Bond is visited by Felix Leiter (Jeffrey Wright) to call him back into action.

When Swann questions: "Why would I betray you?" he says: "We all have our secrets, we just didn't get to yours yet."

Blofeld, who was the key villain in Spectre, is now under lock and key and is chained up behind glass when Bond interviews him about what he knows.

The criminal mastermind tells him: "You gave up everything for her.

"When her secret finds its way out it will the death of you."

As Ralph Fiennes' M cautions: "The world is arming faster than we can respond," there are only brief looks at Rami Malek's mysterious villain Safin, who seems to be heavily scarred and covering much of his face with a white mask.

The Oscar winner only shows his full face towards the end of the trailer, when Bond tells him: "History is not kind to men who play God."

There is also mystery in the footage when Swann appears with Nomi and Bond is shocked to see them together and also high-octane stunts, when Bond leaps off a huge bridge swinging from a rope and engages in a thrilling motorcycle chase over rooftops.

The trailer ends with Bond in driver's seat of the Aston Martin taking heavy gun fire but protected by bulletproof glass, before he releases huge machine guns from the headlights.

Rosie Huntington-Whiteley meditates in the gym