Simon Cowell's suit hangs off him as he displays dramatic 1.4 stone weight loss

Simon Cowell, 60, showed off his dramatic weight loss last night in a suit which hung from his frame.

The 'X Factor' judge and founder of Syco Entertainment, is believed to have lost 20lbs or 1.4 stone. He looked a sliver of his former self after he was pictured leaving the LH2 studios in Park Royal, West London, after filming for Celebrity X Factor.

He wore a sleek navy suit which appeared to hang off his slimmed-down frame, paired with a white shirt worn unbuttoned to halfway down. 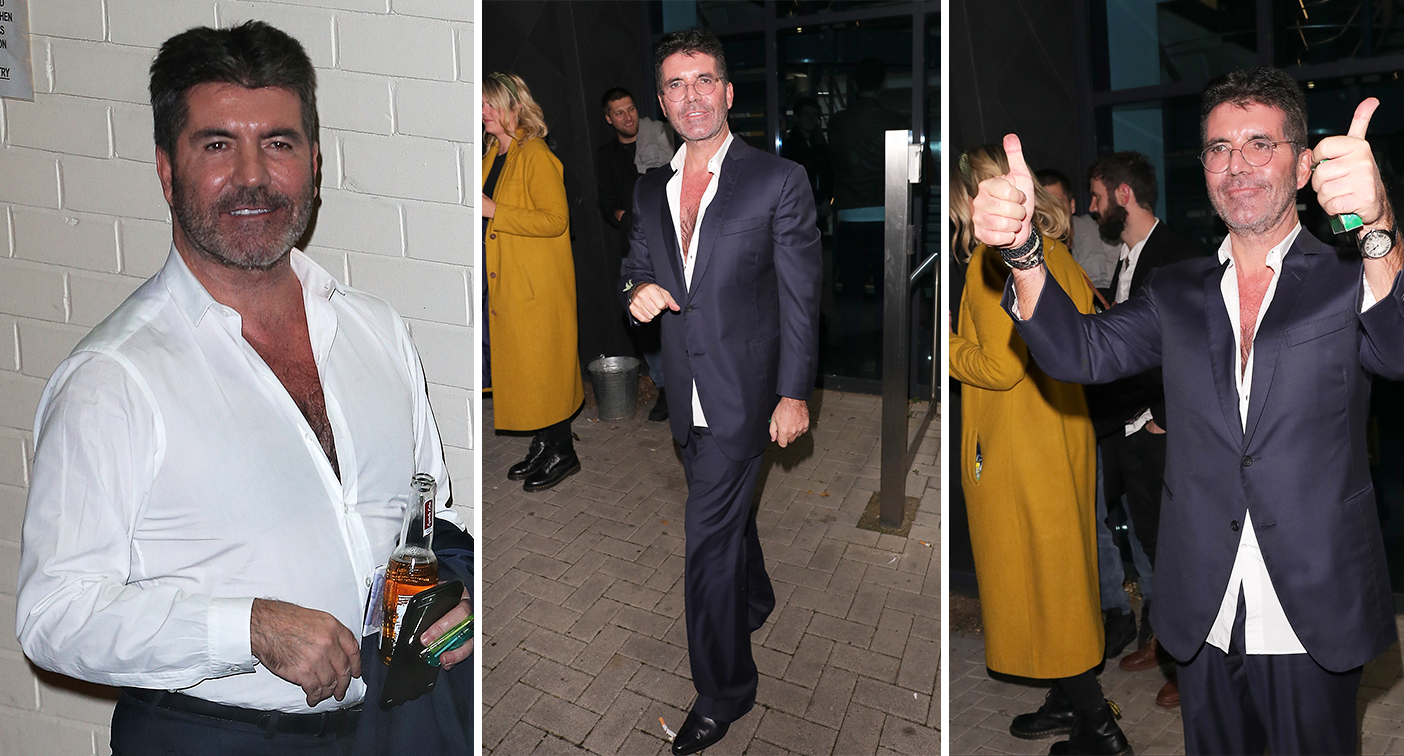 Cowell, who has a five-year-old son, Eric, with his partner Lauren Silverman, spoke earlier this year about undergoing a lifestyle change following a health scare in 2017. He was forced to miss the X Factor live shows after a "life changing fall" believed to have been caused by low blood pressure.

"Sometimes we get a reminder that we're not invincible and this was certainly mine. It was a huge shock," he told viewers upon his return to X Factor. "They think I fainted because I had low blood pressure and so I have got to really take good care of myself to sort that out."

Cowell had spoken openly about his changed diet, telling reporters at ITV Palooza earlier this month that he had gone vegan, after cutting out all animal products, and switched to light beer. 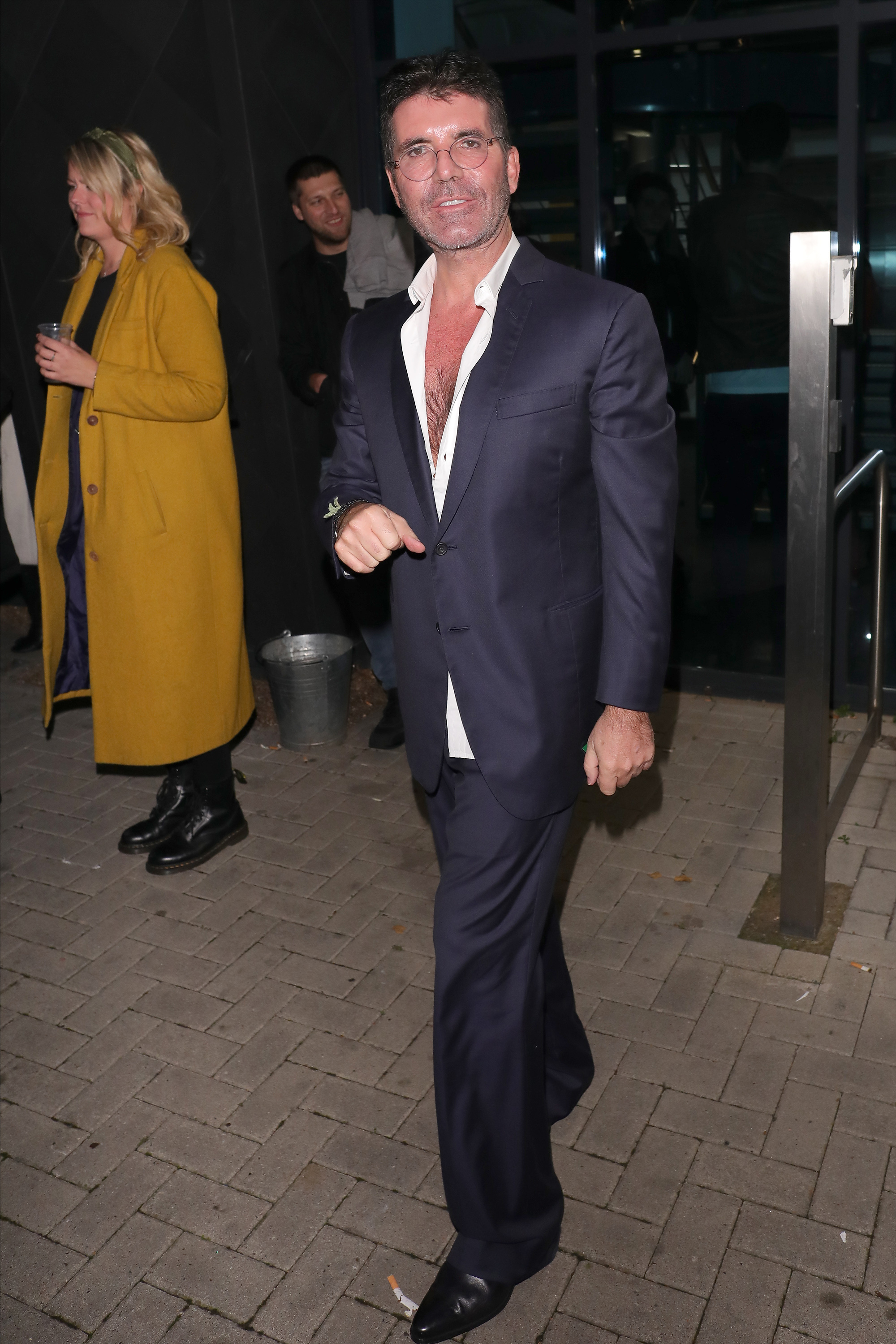 Not only that [it is good for the environment] but it makes you feel better. It genuinely does," he told press, adding that his new lifestyle helps him to keep up with his young son.

Speaking to Best magazinein August this year, Cowell revealed he had lost 20lbs, or 1.4 stone.

He said: "People have said: 'Oh, he's had a gastric band fitted' – but I haven't. If I had, I would admit to it. This diet is all about what you put into your body.

"I met this doctor in LA and he told me my diet was appalling and I had to cut out fatty foods and certain drinks. I could see the difference.

"Cutting out sugar made a massive difference. The first few weeks were difficult, but then I actually stopped craving sugar."

Cowell also said he had started to prioritise his sleep regime and cut out late night eating: "I now go to bed way before midnight and get up at about 8am, and I feel so much better for it. I never eat late at night any more."

READ MORE: What is 'diet face' and how do you stop yourself getting it?

Rosie Huntington-Whiteley meditates in the gym