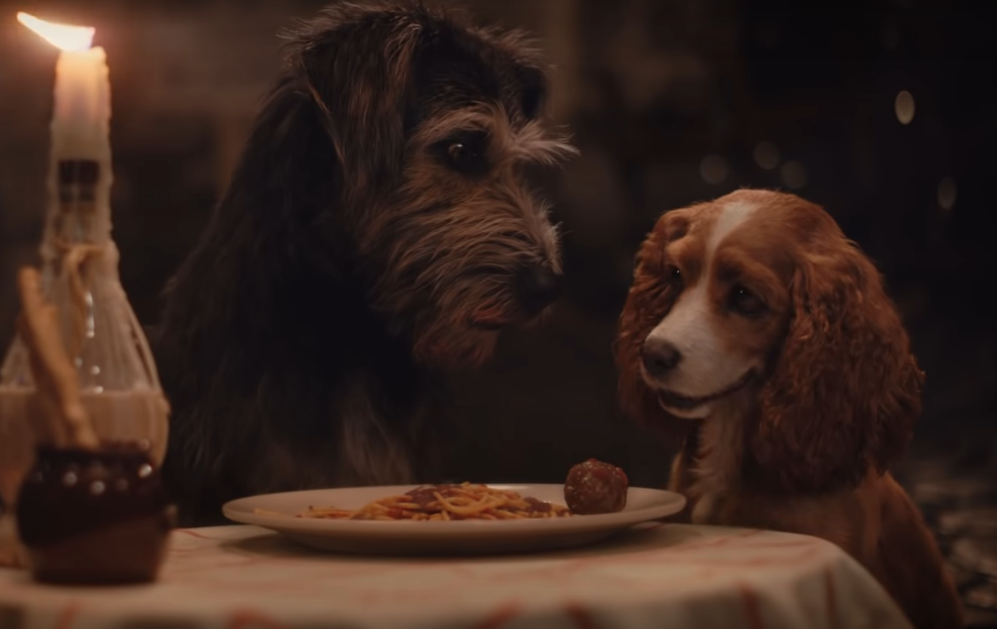 There are few more iconic scenes in Disney's animation history than the moment when upscale cocker spaniel Lady and the mutt Tramp share a plate of pasta in a back alley.

Now we can see how the romantic moment has been recreated in the latest trailer for the remade version of Lady and the Tramp.

The new trailer for the 2019 take on the classic tale has landed, and it features Tessa Thompson's Lady and Justin Theroux's Tramp out for dinner.

The film is to form part of the launch content for Disney's new streaming platform Disney+, and the Mouse House has assembled a pretty interesting team to work on it.

Directed by Charlie Bean, an animation veteran who's worked on everything from Ren & Stimpy to Spongebob and The Amazing World of Gumball, it's penned by Andrew Bujalski, so-called pioneer of the 'mumblecore' genre of movie making.

It could mean that we're in for something a little more out there than a standard reboot of one of Disney's classics.

It lands with the rest of Disney+ on November 12.

UK property: 15 most expensive houses sold in the last year