Stacey Dooley: ‘I’m not for everyone… it doesn’t hurt me’ 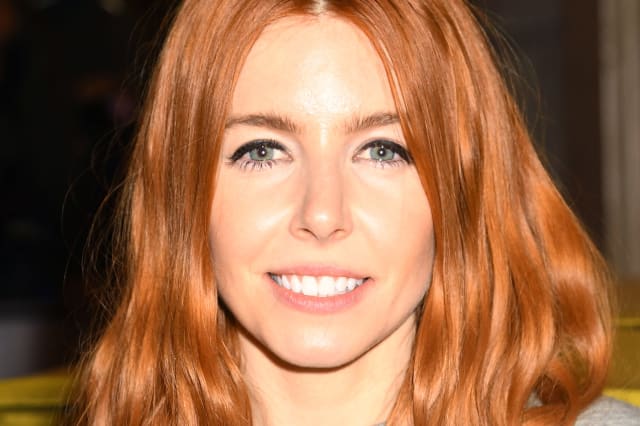 Stacey Dooley said she is made of "hard stuff" and that she won't "crack" if people say they do not like her.

The documentary film-maker, who won the 2018 series of Strictly Come Dancing, added that she realises she is "not for everyone" but does not get hurt by that.

She told The Big Issue magazine: "I'm made of hard stuff. I'm not going to crack every time someone says they don't like me. I'm not for everyone. I really mean this, it doesn't hurt me. It doesn't penetrate.

"People will judge all the time. As long as you rate yourself and the people around you – you feel loved and they rate you – that's what it's all about. You can drive yourself loopy trying to make sure everyone likes you and it'll never happen".

Dooley is currently dating Kevin Clifton, who was her professional dance partner during Strictly.

She said the BBC One dancing series does elevate your status as a celebrity, but added that it not is always what it seems.

She told the publication: "You can't deny that Strictly puts you on a different stage. You come out the other end with lots of deals being thrown at you: 'Do you want to be the face of this campaign?'

"You can either take these gigs or get back to the day job, and you go to Nigeria and Syria and you work really bloody hard. I can't make a documentary about sustainability within fashion then be the face of a fast fashion brand. You can't do that. Yeah, the money's great but it's not what you believe."

Have always supported and believed in The Big Issue... ta v much for your time as always ❣️

Her upcoming BBC Panorama programme, Stacey Meets the IS Brides, sees her travel to northern Syria where she meets women who left their home countries to join the Islamic State.

Asked if she had to change her presenting style for the BBC One current affairs programme, she said "not really".

"Certainly with Panorama it's much more about getting the facts out. Perhaps there's less opinion and emotion from me. I said to them, I don't want to turn into a sanitised, straight current affairs war reporter because that's not what I am.

"They've obviously asked me to do it because they wanted it to have a bit of me in it I suppose. I've watched Panorama for a long time, but I think they'll be the first to say they struggle with the younger audience, so it was a nice collaboration".

The TV presenter said she is "quite straight" in her personal life, which helps her to cope with some of the hard-hitting things she films.

She said: "I don't drink, I don't smoke, I don't do drugs. I think you have to have quite a clear mind when you're putting yourself in situations like that. It's important to do lighter things.

"I did a series about make-up, The One Show, Strictly, of course. There's no shame in that. It's good to enjoy life as well and recognise that it isn't all pain and misery and suffering".

The Big Issue is on sale across the UK from August 5.

Which is healthier: Yellow or orange egg yolk?