Did Luke Skywalker die a virgin? Mark Hamill has the answer 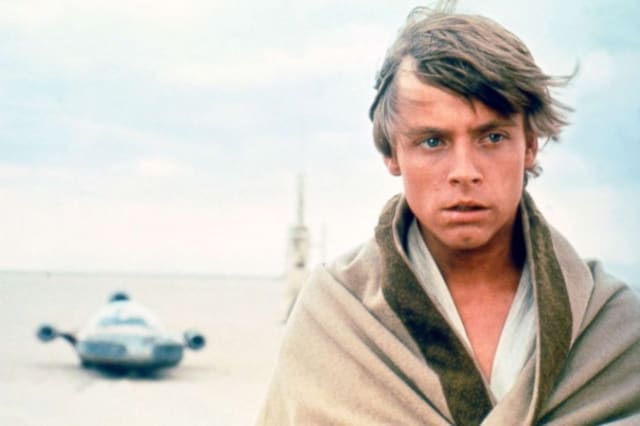 The Star Wars Celebration event in Chicago not only gave us our very first look at The Rise Of Skywalker, but it lauded everything to do with the beloved franchise. Even Jar-Jar Binks.

There was one question that the extravaganza wasn't able to answer, though. Did Luke Skywalker die a virgin?

Luckily for Star Wars fans, one man in the know was able to finally end this discussion, as Mark Hamill, who just so happened to play Skywalker throughout the sci-fi series, took to Twitter to insist that, in his mind, Luke was able to lose his virginity before succumbing in The Last Jedi.

Make up your own backstory. It's undetermined, but in the one I made for him myself, the answer is: no.

Die-hard Star Wars fans will already be well aware that Luke more than lost his virginity in the Star Wars Expanded Universe. He actually fathered Ben Skywalker with Mara Jade. However the Star Wars stories from the books and video games aren't considered part of the official canon.

But when it comes to the movies, there will still have been plenty of chances for Skywalker. It is highly unlikely that he'd did so before A New Hope. Because, just look at him at the start of that film.

However, there's three years between Skywalker's destruction of the Death Star and The Empire Strikes Back, during which time he would undoubtedly have been the most eligible bachelor in the entire galaxy.

If it didn't happen then, it is hard to imagine when it would have. Skywalker's libido would surely have been severely reduced by having his hand chopped off by his father in Empire Strikes Back. It would have been even more hampered after he killed him in The Return Of The Jedi. And then he ran away to Ahch-To before The Force Awakens, where he lived in seclusion until his death in The Last Jedi.

Fingers crossed J.J. Abrams makes this question a priority in Star Wars: The Rise Of Skywalker, which will finally be released on December 20.

Mouthwash after exercise has a surprising effect: study