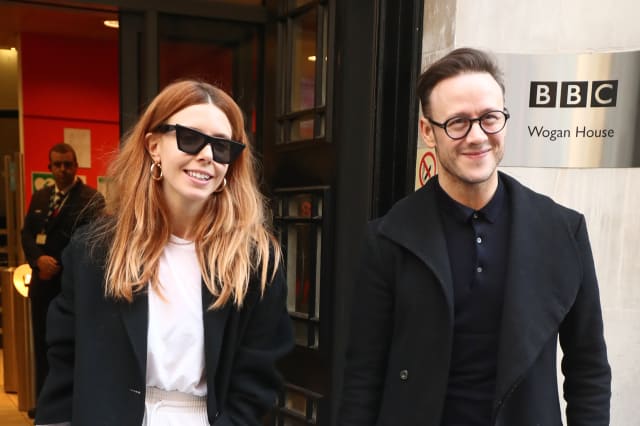 Sam, aged 30, split with Dooley after her success on Strictly Come Dancing put strain on their relationship. But the former footballer now claims he discovered Dooley had a secret fling with her dance partner Kevin while they pair were in the midst of breaking up. Sam told the Sun on Sunday: "The blame is with Kevin. He's an absolute rat. – a slippery, slimy snake."

Sam found out about the secret fling after he and Stacey had decided to split and were clearing out their Brighton flat. He said: "I was getting my stuff to leave. Stacey was in the loo.

"Her phone went and it was Kevin Clifton — 'I love you' with a red love heart.

"I grabbed the phone and confronted her. She said she'd tell me everything I needed to know."

The pair then had a row, leaving their former home separately. Sam says Dooley, aged 32, then text him that evening, saying: "Sam, I know you hate me at the moment.

"But you saw I didn't start entertaining and texting him (Kevin) until I split up with you. I was not with you when we started it all.

"I did fall for him but when we were done. I will tell you anything you want to know."

Heartbroken Sam replied: "I don't hate you Stacey. I hate what you've done."

Jilted Sam then explained how he confronted Kevin, calling him on Facetime to tell his love rival what he thought of him. Sam said: "He went white. I just stuck it on him: 'You're an absolute rat, how you conducted yourself. Just a slippery, slimy snake.'

"He didn't say a word, he looked petrified, so shocked."

He added: "I have no respect for Kevin whatsoever. He comes out and says it's all 'strictly business'.

"Had it been one of the other dancers she got with, fair enough. But it stings that much more because of what he's been like and how he's renowned.

"He's an absolute complete f***ing rat with no b******s or decency to hear me out. The fact he won't have a man-to-man conversation with me says everything about the guy."