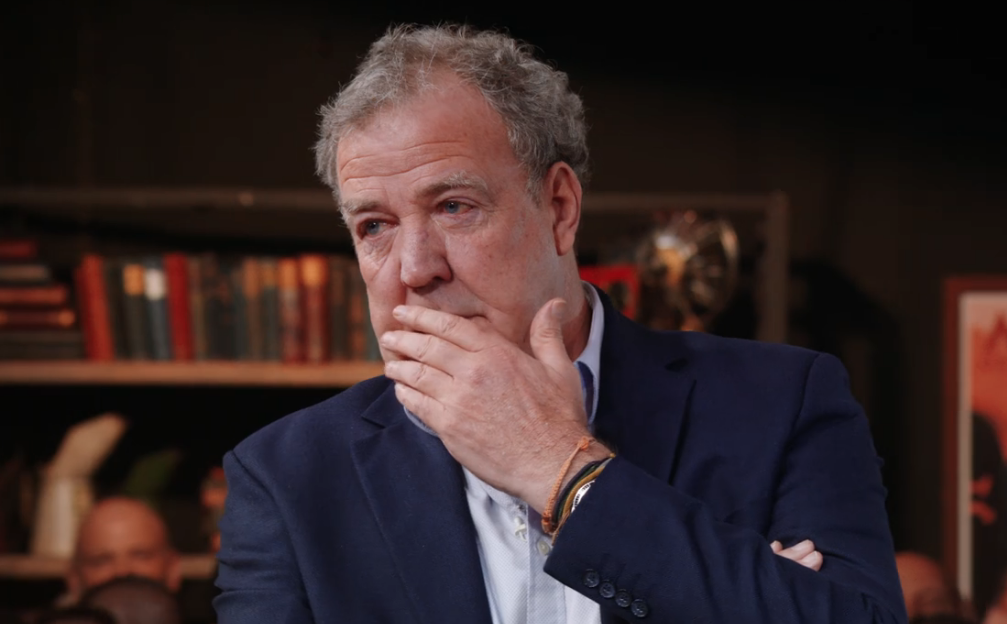 Not usually one for outbursts of emotion – unless the kitchen is closed, of course – Jeremy Clarkson welled up as the final episode of motoring show The Grand Tour went out.

The show is winding up after three series on Amazon Prime, though there will be a number of special 'road trip' episodes airing next year.

But for now, The Grand Tour is over.

Addressing a roaring audience in the show's studio 'tent', Clarkson, and co-hosts James May and Richard Hammond, were visibly emotional as the final VT faded out, Clarkson wiping away tears.

"The show as you know it is ending," Clarkson said. "Tell you what though, we've had some laughs.

"In all of the years we've worked together, every single time one of us fell over, there was never any sympathy. We just burst into laughter straight away."

Reminiscing with the audience – also tearful – about some of the special moments of their post-Top Gear series, one audience member asked them not to stop the show.

"Well, we do have some good news. We're not. We're not stopping. The show as you know it is ending, and that's very upsetting for us, with the audience and this sort of thing, but who'd like to see us doing more big adventures?"

After a roar of approval, Clarkson added: "There's so many more people I haven't insulted. Although this is gone, the Grand Tour goes on.

Producer Andy Wilman told the Radio Times: "After the Mongolia adventure there will be one more conventional show, the finale for this series.

"Then we're pulling down the curtain on the studio-based episodes so that we can just concentrate on big Specials. If Mongolia is anything to go by, we'll be okay."

Clarkson said earlier this year: "I have no plans at all for after The Grand Tour. God, no.

"I never run out of ideas. Someone asked me, before this series, 'What can you possibly do with a car that you haven't already done?' But my head's filled with enough ideas for five years."