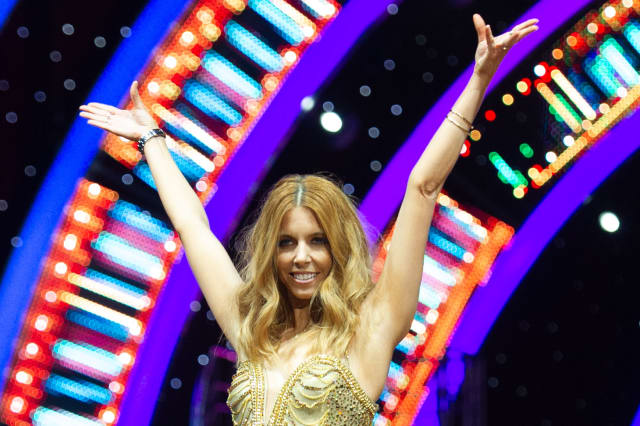 Stacey Dooley has 'split' from her boyfriend of three years Sam Tucknott, following her series-winning turn on Strictly Come Dancing.

According to reports, Dooley's touring schedule with the Strictly live show, coupled with the increase in her workload, has spelled the end of their relationship.

Dooley and Tucknott are the 14th couple to split after appearing on the show, once again ushering in talk of the infamous 'Strictly curse'.

A source told The Sun: "Stacey confided in her friends that she was struggling to hold down her romance with Sam because her life has been a whirlwind after Strictly.

"She barely saw him during the month-long tour and has gone straight back into filming documentaries and has been travelling all over the world.

"Their lives have just gone in different directions.

"They have a close circle of friends who hope things might yet work out but it's not looking likely. It was very emotional and has been tough on them both."

"Stacey and Kevin were never anything more than pals but Sam found it quite hard to watch at times.

"There was this attractive, single man spending so much time with his girlfriend. Watching them doing those sensual, sexy routines was tough for him.

"When Stacey left the show he thought things would improve but he's struggled to keep up with her as she's so focused on her career at the moment."

As well as the Strictly tour, Dooley is also busy with new BBC make-up artist show Glow Up, and has recently made a documentary film about arms dealers.

But she recently came under fire for perpetuating 'white saviour' tropes with her work for Comic Relief.

MP David Lammy criticised her over footage of a trip to Uganda.

Which is healthier: Yellow or orange egg yolk?