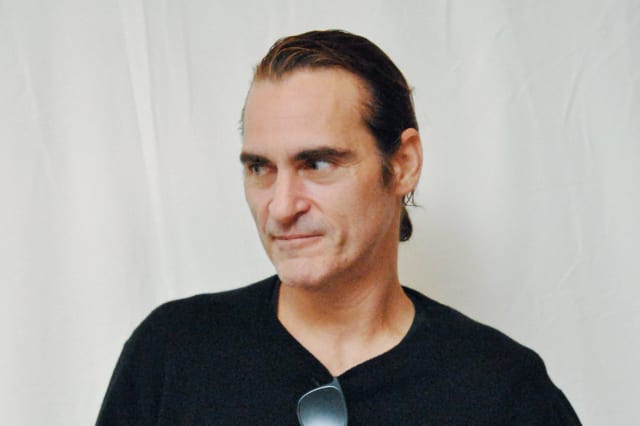 Todd Phillips has released a brand new image of Joaquin Phoenix as Arthur Fleck in Joker. And as any good promotional image should, it has immediately got fans counting down the months, weeks, days and hour until the hugely anticipated DC spin-off is released.

It is hard to predict what Phoenix is going to do with his portrayal of the iconic comic-book villain. But, since this is the time to make outlandish predictions based on very little evidence, does anyone else see shades of Robert De Niro in this picture?

Phoenix's cold-blooded stare immediately reminded me of Travis Bickle from Taxi Driver, while his proximity to the television and the way he is clearly obsessed with it brought to mind The King Of Comedy's Rupert Pupkin.

Obviously those are wild guesses at this point. But, lest we forget, both Taxi Driver and The King Of Comedy paired director Martin Scorsese with De Niro, who is starring in Joker, allegedly as a talk show host.

Not only does The King Of Comedy revolve around Pupkin kidnapping Jerry Lewis, who is also a talk show show host, but Scorsese was originally on-board as Joker's producer. He has since dropped out.

The King Of Comedy, Taxi Driver and Raging Bull's influence on Joker has been ever-present since the film was announced, with Deadline previously insisting it would "feel like a DC movie as much as one of Scorsese's films from that era."

Phoenix previously insisted he wanted to do a character study of a comic book villain, while production on Joker, which is set in 1981 and sees Fleck go from being a failed stand-up comedian to a life of crime of chaos in Gotham City, is being filmed in New York.

We'll get to see what co-writer and director Todd Phillips, who is also producing alongside Bradley Cooper, and Joaquin Phoenix, Robert De Niro and Zazie Beetz do with Joker when it is finally released in the US on October 4.