Brian McFadden and his skating partner Alex Murphy suffered a dramatic fall in their Dancing on Ice skate-off that saw them just miss out on a place in the final.

It was looking like a close contest between McFadden and his skate-off rival Saara Aalto, until near the end of his routine Murphy and McFadden both came tumbling down onto the ice, leaving the pro skater with a very red and sore-looking arm, and a ripped skirt at the back of her costume.

No one wants to take a tumble during a Skate-Off, let alone the one just before the Final! We're so glad you're okay @BrianMcFadden and @almurph18 🙏 #DancingOnIcepic.twitter.com/oEtdQwx0FB

As he put Aalto through to the final, judge Jason Gardiner told McFadden: "If it wasn't for the fall, we would have been looking at a very different result." 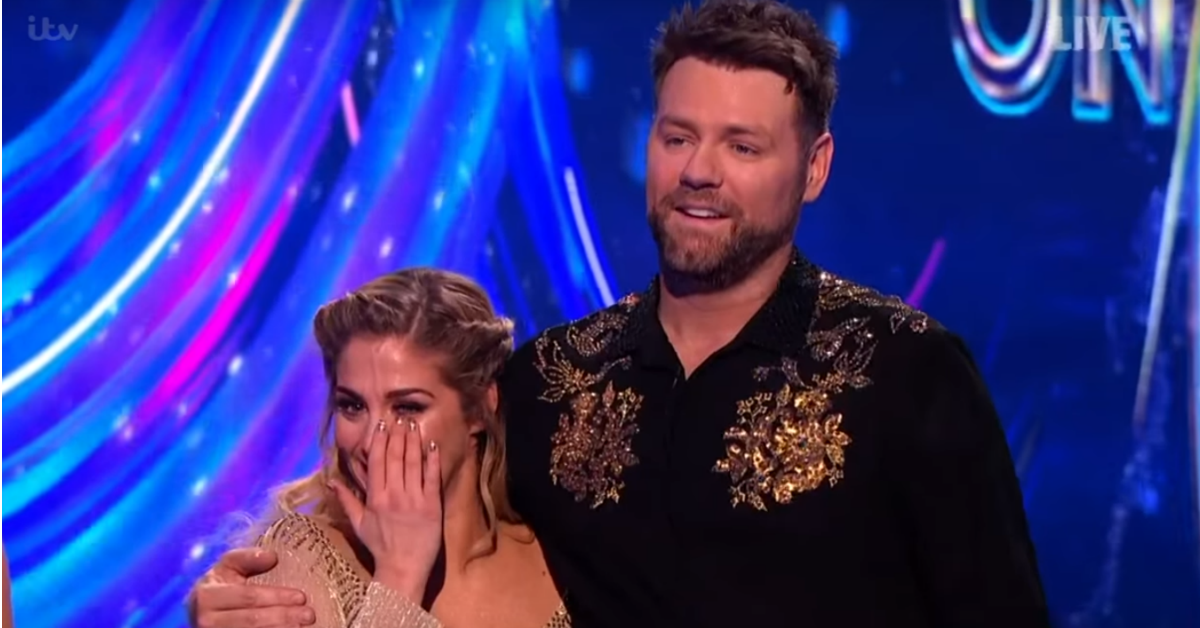 The ex-Westlife singer tried to comfort his visibly shaken partner, but the judges were left with no choice but to vote them out of the competition, leaving James Jordan, Wes Nelson and Aalto to battle it out in next week's final.

So gutted for Brian. He worked so hard to get as far as he did. It's not a nice way for anyone to go out. #dancingonice

The semi-final wild card, McFadden, was unexpectedly impressive in his solo skate before his skate-off disaster, although he did have a little stumble, which he treated with his usual good humour.

He told the judges: "I think it's part of me now, if I don't do a stumble, there's something wrong."

Jordan and his partner Alexandra Schauman achieved a perfect score in both of their two routines, the first couple of the series to get top marks across the board.

This James guy has loads of rhythm. He should consider dancing as a career #dancingonice

They ended with a combined score of 80 after every judge gave them a maximum 10 points in both routines, which included a stunning solo skate, and a Dirty Dancing-themed performance dedicated to the Strictly Come Dancingstar's wife Ola Jordan.

Dirty Dancing on Ice! @The_JamesJordan and @AlexandraLukasz are having the time of their lives, scoring not one but TWO 40/40s in one night. 💃🕺 #DancingOnIcepic.twitter.com/EFsAkK2yT4

Meanwhile, Jordan's rival and best mate Wes Nelson was bumped back down to second place behind him this week, after a routine inspired by his parents' wedding dance to Luther Vandross hit Never Too Much failed to impress.

Getting tearful as he talked about his Love Islandex Megan Barton Hanson, who he split with in the first couple of weeks of Dancing on Ice, he said: "Of course I've experienced love, but I'd love to love like my parents do.

"Me and Megs, we had a really, really good bond. It makes me upset now to talk about it, but it isn't great and it was really, really difficult at the time."

His pro partner Vanessa Bauer didn't shed any tears, but she did look absolutely livid when judge Ashley Banjo suggested that she'd let Nelson down with poor choreography.

Vanessa's face when her choreography was questioned 😘🙈#dancingonice

Former series contestant Gemma Collins had no problem in letting everyone know who her favourites of her old co-stars were.

Please get behind Wes and Brian tonight guys 😝 #DancingOnIce

If, like us, you still can't believe that Melody Thornton was knocked out last week, you have to show some appreciation for Aalto who the judges chose over her in the quarter-final skate-off.

She's taken her role as the last female celebrity in the contest seriously by insisting on tackling the headbanger, with spectacular results.

Next week, we'll see the final three battle it out in the grand final and the series winner crowned.