Stacey Dooley has slammed MP David Lammy, after she was criticised over a Comic Relief photo op which sees her visiting Uganda for Comic Relief.

Pictures posted by the filmmaker and Strictly Come Dancing winner carrying a baby boy in Africa came under scrutiny yesterday. 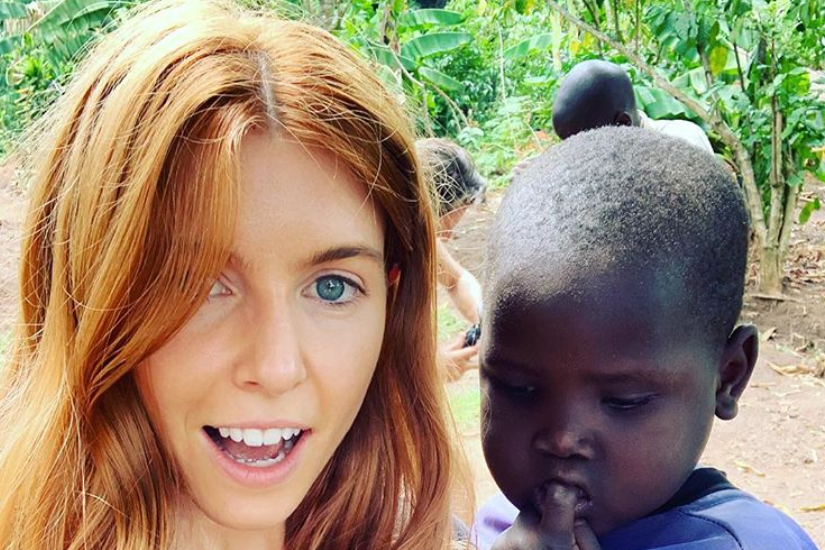 Dooley was accused of perpetuating the 'white saviour' trope, and was also criticised for appearing in designer clothes.

Fans took issue with the pictures, one follower telling the star: "Come on Stace I love your journalism but please check out @nowhitesaviors You have a responsibility to not perpetuate this narrative on your feed."

Another added: "You should be using your platform to challenge the narrative not confirm it. Please do the right thing and take this image down."

Others defended her, however, one saying: "Here we go. Stacey does an amazing job, sure she'll raise a lot where charities concerned unlike most on this thread. Can't do right for doing wrong nowadays."

Lammy, the Labour MP for Tottenham, then waded into to the row, tweeting: "The history of colonialism in Africa means race is important. Stacey's instagram posts continue a very long established trope of white female heroine with orphan black child with little or no agency or parents in sight. Comic relief do this because it makes people give money.

"This isn't personal and I don't question your good motives. My problem with British celebrities being flown out by Comic Relief to make these films is that it sends a distorted image of Africa which perpetuates an old idea from the colonial era."

The world does not need any more white saviours. As I've said before, this just perpetuates tired and unhelpful stereotypes. Let's instead promote voices from across the continent of Africa and have serious debate.https://t.co/LySa0BXeyi

But Dooley hit back, telling Lammy: "David, is the issue with me being white? (Genuine question) ...because if that's the case, you could always go over there and try raise awareness?

"Comic relief have raised over 1 billion pounds since they started. I saw projects that were saving lives with the money. Kids lives."

David, is the issue with me being white? (Genuine question) ...because if that's the case, you could always go over there and try raise awareness? Comic relief have raised over 1 billion pounds since they started.
I saw projects that were saving lives with the money. Kids lives. https://t.co/pPgez9OxN8

Dooley was in Uganda looking at the continuing dangers of Malaria and visiting neonatal clinics.

Comic Relief airs on BBC One on March 15.

Paloma Faith teams up with Jonas Blue on garage track