A singer from New Zealand has shown her devotion to Harry Styles by getting his face tattooed on to her cheek.

Kelsy Karter, 24, who lives in LA, posted an image of the face tattoo to her 44,000 followers on Instagram, which features a sketch outline of Styles' face and neck complete with his famous wavy hair. 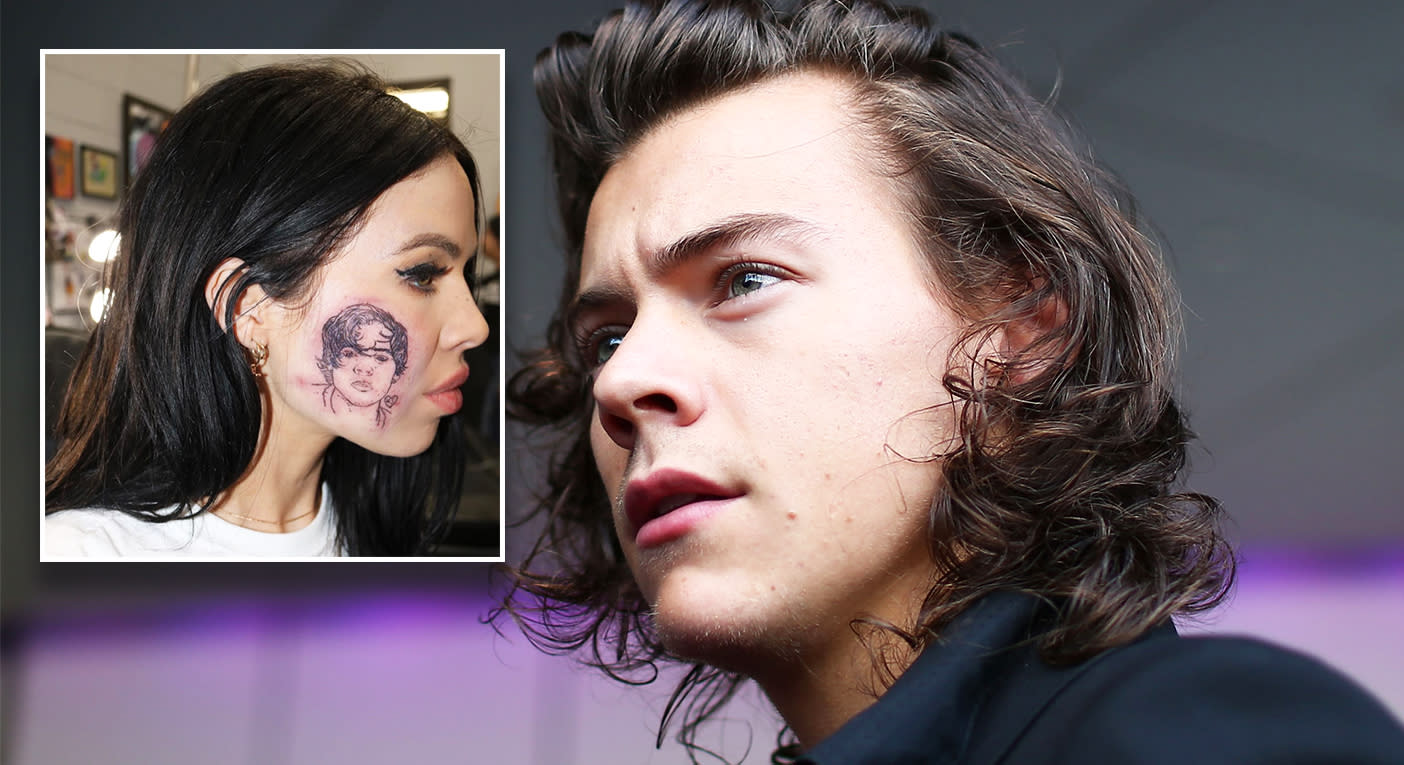 Her new inking coincides with the release of her latest single, 'Harry', which is – perhaps unsurprisingly – an ode to the One Direction star.

mama, look what i made me do

It is unclear whether or not Kelsy's tattoo is permanent, or instead a temporary design.

However, she posted a second picture standing next to LA based tattoo artist Romeo Lacoste, who has inked the likes of Kendrick Lamar and The Vamps – which would suggest hers is the real deal too.

The singer spoke to i-D magazine about her love for Harry back in July 2018.

She said: "What I love about him from a professional standpoint is that he was the poppiest of pop stars, and then he went off on his own and made a classic rock album.

"For someone like me who wants to live in that world who hasn't been in a boy band, he has opened the door for me. He's introduced the kids to the kind of music I want to make.

'For that, I'm really grateful. I also just want his career. I feel like I'm a female version. I actually moved to America to act, and music became my main thing. Rock 'n' roll is my passion. I really want to work with him. Let's work, Harry. Where you at? Mark my words: I'm getting a song on his album."

From sweet tributes, to cherubs and numerals: the Beckham family's many tattoos and their meanings

From Justin Bieber to Helen Mirren: the celebrity guide to tattoos

Mum arrested for allowing 10-year-old son to get tattooed

Just a normal night in the city...