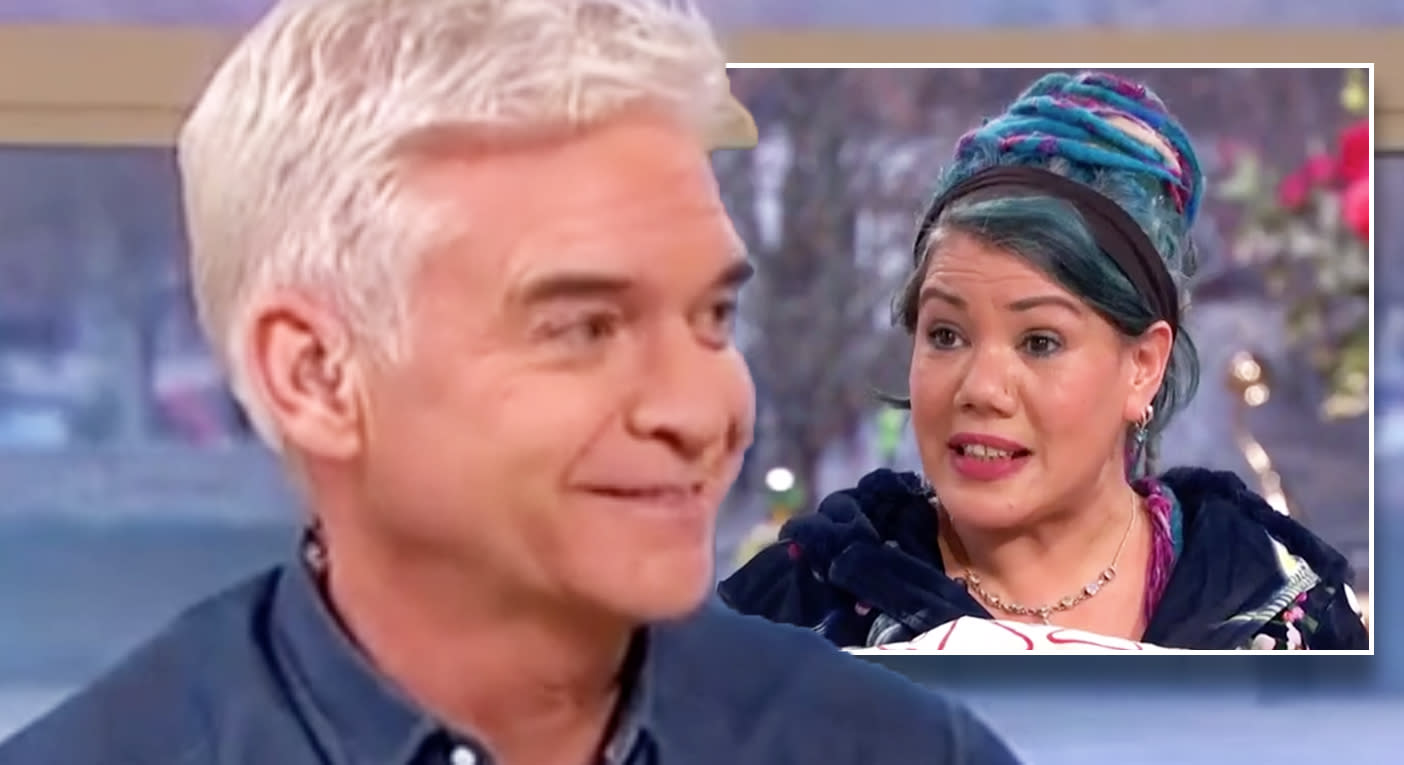 'This Morning' host Phillip Schofield struggled to contain his laughter today as he interviewed a woman who intends to marry her duvet.

Pascale Sellick, 49, hit headlines last week as she announced her upcoming wedding to her bed covering.

Earlier today, speaking to Schofield on the ITV show about her upcoming nuptials, she said: "It is about comfort and a close friendship – it is not sexual."

But the host found it hard to take the woman – who revealed on the programme that she has a boyfriend named Johnny – seriously.

He asked: " I am very sorry, very sorry to ask such a personal question, but do you share your duvet with Johnny?"

She responded: "Of course [Johnny] shares my duvet. My duvet is not jealous. I don't mind sharing my duvet."

Pascale Sellick, 49, invited the public to witness her wedding to her "comforting companion" last week.

For the unusual ceremony, she will forgo the traditionalbridal gown, opting instead for bedtime attire: slippers paired with a nightie and dressing gown.

The relaxed dress code is extended to guests, who are also encouraged to bring hot water bottles if it's cold.

Speaking of her decision, Pascale toldSWNS: "My duvet is the longest, strongest, most intimate and reliable relationship that I have ever had. That's because it has always been there for me and gives me great hugs.

"I love my duvet so much I would like to invite people to witness my union with the most constant, comforting companion in my life.

"There will be music and a ceremony, laughs and entertainment."

The ceremony will take place at the Rougemont Gardens in Exeter, Devon, on Sunday 10 February at 2pm, followed by a free wedding party at The Glorious Art House in Fore Street.

Strange as it may sound, Sellick will not be the first person to marry an inanimate object if the nuptials go ahead as planned.

Other strangely pairings include a woman who married the Berlin Wall in 1979 (and was subsequently devastated by its historic collapse) to a Los Angeles based filmmaker who wed his mobile phone in 2016.

There is also the practice ofsologamy, whereby someone marries themselves, just like Italian Laura Messi in 2017.

Is your morning coffee really giving you energy?

Elton John to perform at Oscars