EastEnders veteran Adam Woodyatt has admitted to hating the "doof doof doofer" endings that the soap is famed for, because he says they look so unnatural. 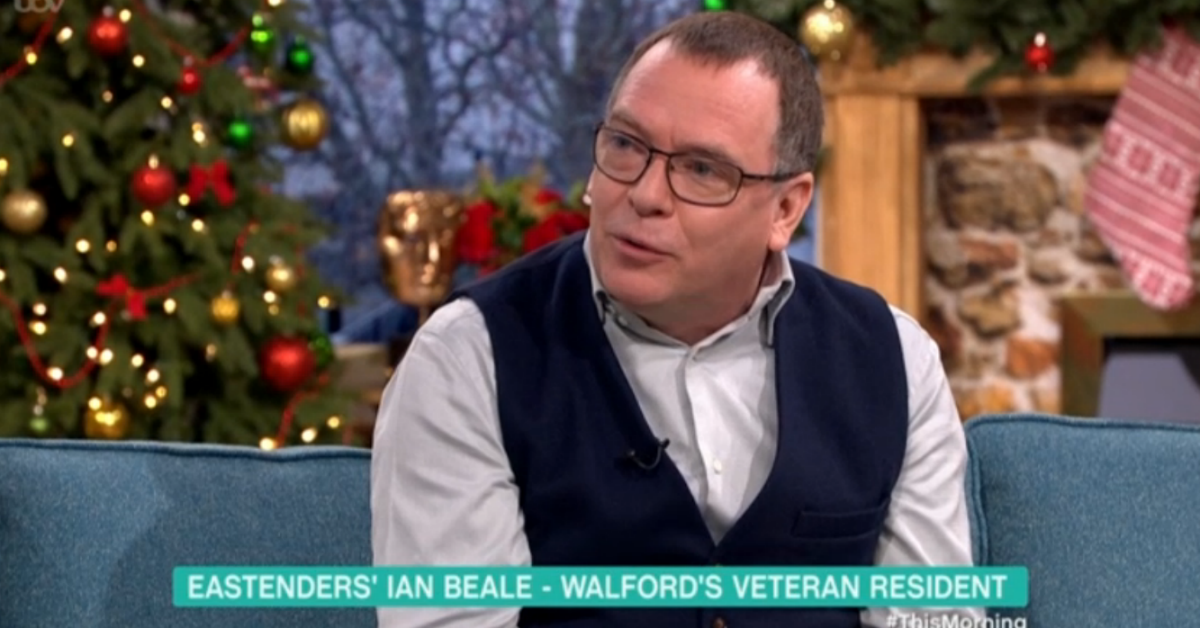 The actor has played Ian Beale on and off since the BBC show's first episode in 1985, but surprisingly says he doesn't like being given episode cliffhangers to star in.

Known as "doof doof doofers" because of the opening bars of the soap's theme tune which follow the shock moments that episodes often end on, they're a coveted scene for many of the cast – but not Woodyatt.

Asked whether it was still as exciting to get a "doof doof" moment, he told This Morning: "No, I hate them bits, because you've got to stand there for four seconds like a lemon.

"You respond in the normal world when someone's just given you some vital information like 'Cindy's dead' – you'd say something.

"But trying to stand there for four seconds and not do anything?"

Describing the different styles of "duff duff" expressions on #EastEnders over the years, Adam Woodyatt just said of Sharon, "...or Tish Dean - clutching pearls". Made me chuckle. pic.twitter.com/H7dUohOnCX

As presenter Phillip Schofield had a go at acting the moment, Woodyatt told him: "You've got the Wendy Richards technique – thinking about your shopping list," revealing that was how the late Pauline Fowler actress used to deal with it.

Woodyatt also spoke about having been to the theatre recently with one of the show's former stars, Dame Barbara Windsor, who left EastEnders after 25 years playing Peggy Mitchell and is now suffering from Alzheimer's disease.

He said: "She's ok. It's not my place to...But we had such a laugh, she sung along the whole time.

"She went up on stage afterwards and did tap dancing. We were worried she was going to fall in the pit because she started doing wings and the stage had one hell of a rake on it."

Woodyatt said that even after so many years in the show, he never assumed his contract would be renewed: "I've never looked past the end date on my contract, you can't take it for granted.

"(If I did leave) it'd be like the ravens leaving the Tower."

Viewers were a bit confused when the interview cut to an ad break and Woodyatt was seen making a hasty exit out of the studio, but Schofield explained that he had run off to fetch a bottle of his own recently-launched gin brand as a Christmas gift for his hosts.

Is anyone else wondering what @AdamWoodyatt said to @Schofe and @RochelleHumes before he walked off?? @thismorning 🤔😂