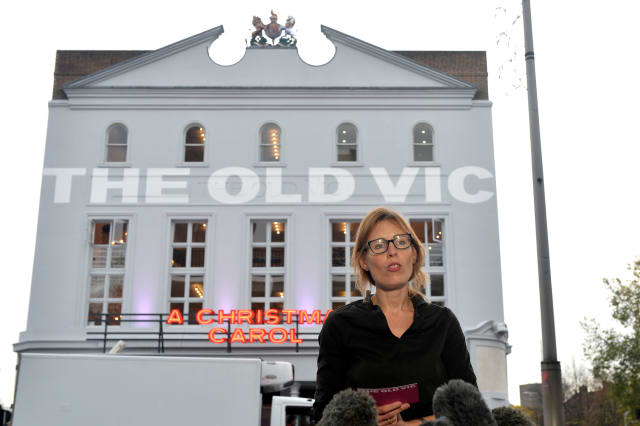 The Old Vic has received 20 complaints about Kevin Spacey's alleged behaviour while he worked at the London theatre.

The American actor was creative director of the Waterloo arts venue for 11 years, before leaving in 2015.

Following recent allegations of improper behaviour, the Old Vic had appealed to employees past and present to come forward with any complaints on 31 October.

As a result, it has received 20 separate allegations by men of Spacey's inappropriate behaviour, with 14 of them so serious, victims were urged to contact police.

In a statement, the theatre's executive director Kate Varah said: "The Old Vic does apologise for what happened, or what is alleged to have happened.

"That apology really goes to the people who feel they were affected by this but what is also important to understand there is a new way forward for this organisation."

The theatre said no formal complaints were made during Spacey's tenure and apologised for a working culture in which alleged victims didn't feel they were able to speak up.

Cardi B split from Offset ‘before he cheated again'