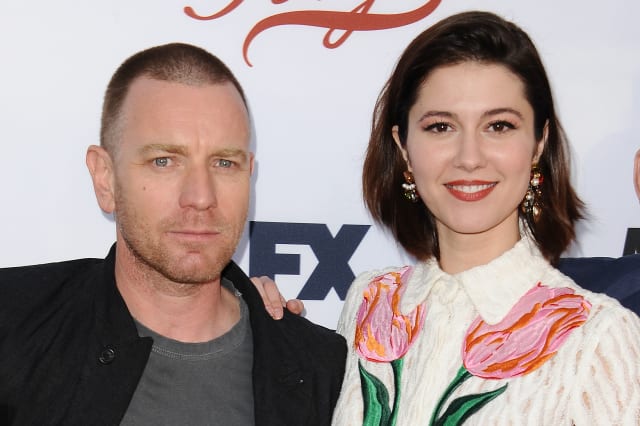 Ewan McGregor and his Fargo co-star Mary Elizabeth Winstead have 'confirmed' their romance after they were pictured holding hands.

The couple's public outing comes after it was revealed the Scottish actor had split from wife Eva Mavrakis after 22 years of marriage.

McGregor and Mavrakis's parting only became public knowledge after the actor was photographed kissing Winstead in a London pub last month.

Soon after the photos were published, family sources confirmed to respected publication People the pair had separated in May.

McGregor, 46, and French wife Mavrakis, 51, wed in 1995 and have four children together, Clara, Esther, Anouk and Jamyan.

American actress Winstead, 32, separated from her husband, writer and director Riley Stearns in May.