Disappointment as BBC makes Crimewatch a cold case after 33 years 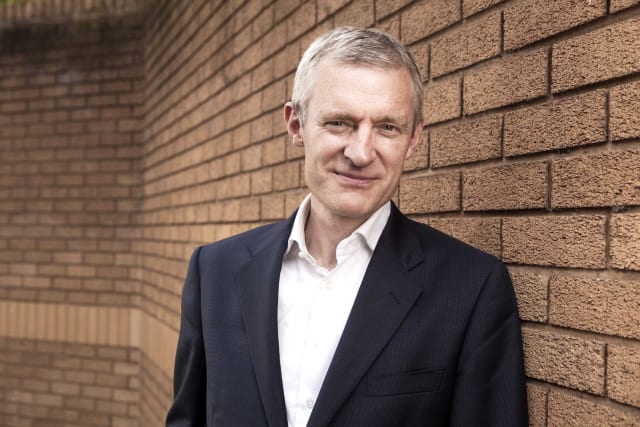 Police and crime campaigners have spoken of their sadness and disappointment after the BBC confirmed it is to drop Crimewatch after more than three decades.

The show - which reconstructs unsolved crimes in a bid to gather information from the public - was only relaunched last September with Jeremy Vine as a host.

Daytime spin-off Crimewatch Roadshow will continue to be screened, the broadcaster said.

Among the crimes featured on the programme was the murder of chef Claudia Lawrence, 35, who disappeared on her way to work at the University of York in 2009.

Martin Dales, a friend and spokesman for Miss Lawrence's father Peter, said: "The number of times we have been involved with Crimewatch, it has always been helpful.

"It is the exposure that is important."

He said the programme fits into the work of a public service broadcaster, adding: "It is disappointing and it strikes me that it is a huge loss in expertise in linking the relevant police forces and the public to a number of channels."

Sue Cook and Nick Ross hosted the first show in 1984. It featured the murder of 16-year-old Colette Aram, who disappeared as she walked to her boyfriend's house in Keyworth, Nottinghamshire, in October 1983.

Cook was replaced by Jill Dando in 1995, with the latter's murder in April 1999 featuring on the programme a month later.

As a result of the calls made to the programme, the police were led on a new line of inquiry which resulted in the arrest of Barry George. George was wrongly convicted of the killing and acquitted in 2008.

Other crimes to have featured on the show over the past 33 years have included the murders of James Bulger, Rhys Jones and Damilola Taylor, as well as the disappearances of Madeleine McCann and Suzy Lamplugh.

Simon Kempton, the Police Federation's head of operational policing, said: "It is a shame as Crimewatch has been brilliant at allowing forces airtime to a wide audience and I have seen first-hand how dedicated the team are who put it together - they built really strong relationships with the various investigation teams and genuinely cared about what they were doing.

"Crimewatch helped to raise the profile of thousands of incidents over the years as well as show the public the complex side of policing and solve crime.

"For those wider appeals which needed national coverage it was great and there has been nothing else that has been able to give cases such a wide reach, but if there aren't the audience figures and people aren't watching it then you have to move with the times."

A BBC spokesman said: "We believe the successful Crimewatch Roadshow format in daytime is the best fit for the brand going forward and we will increase the number of episodes to make two series a year.

"We are incredibly proud of Crimewatch and the great work it has done over the years and the work Crimewatch Roadshow will continue to do, and this move will also allow us to create room for new innovative programmes in peak time on BBC One."