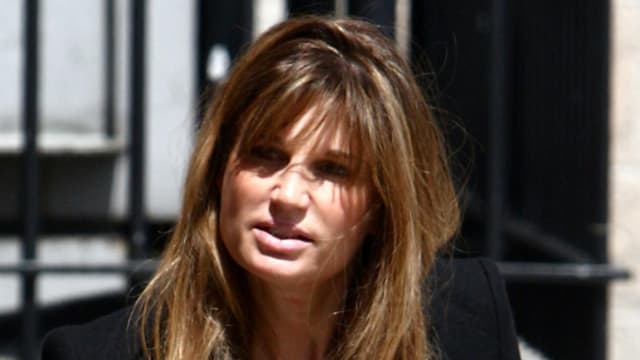 A black cab driver bombarded socialite Jemima Khan with more than 1,000 phone calls and messages after she posed for a "selfie" with him, a court has heard.

Hassan Mahhmood, 27, is said to have got the 43-year-old journalist's phone number when she booked a ride through the Hailo app.

His barrister, Umar Ali, said the taxi driver was a "big fan" of Khan because of her marriage to his hero, Pakistan cricket legend Imran Khan.

Isleworth Crown Court heard the campaigner agreed to a photograph with Mahhmood after he picked up her and friends from a jazz club on June 16 last year.

Prosecutor Ruxana Nasser said the defendant told Khan, who is also known by her maiden name, Goldsmith, that he "loved her", "wanted to know her" and asked her "why he could not be friends with her".

"He was totally obsessed with her and wanted to meet her to the extent the last two text messages in July 2017 consist of him wanting to come and visit her," she said.

"The fear of that prompted her to go to police after several months of enduring the stress he put her through. It was her sheer kindness of not reporting him in the first instance."

Mahhmood, from Waltham Forest, north-east London, appeared in court on Thursday wearing a grey suit, white shirt and black tie, speaking to confirm his name before pleading guilty to a charge of harassment without violence between June 16 last year and July 18 this year.

He pleaded not guilty to a more serious charge of stalking the campaigner, which was allowed to lie on file.

The prosecutor said: "Have spoken to the complainant. She is satisfied with that result and clearly it will save her a lot of anxiety and stress to her if this course is taken and she is fully behind this decision."

In a victim impact statement, Khan, who is the daughter of late billionaire entrepreneur Sir James Goldsmith and the sister of MP Zac Goldsmith, said: "The incident has made me incredibly anxious at times. I would be home alone and he would call me several times and text repeatedly late at night.

"Sometimes he would send texts saying he would come to my house. That really frightened me."

In a further statement, she added: "I feel extremely vulnerable and scared as a single woman. As a result I'm planning to move house. He seems to have become increasingly unstable and unpredictable. I'm worried about what he will do."

The court heard Mahhmood has no previous convictions but the prosecutor said he should be sentenced on the basis of his "persistent pestering behaviour".

Mr Ali, mitigating, said none of the messages were of a threatening nature.

"He was a very big fan of Jemima Khan, who was married to a very influential person in Pakistan - a very big sports personality," he said. "He says Imran Khan was his hero."

The barrister said Mahhmood's marriage broke down during the harassment campaign while his client has now been stripped of his Hackney Carriage licence.

Judge Martin Edmunds QC adjourned sentencing to October 26, telling Mahhmood he needed pre-sentence reports to find out what was behind his "obsessive behaviour".

The judge warned Mahhmood he could face jail.

"His behaviour - abusing his position as a cab driver to obtain the telephone number of a client, then contacting her with enormous persistence and using multiple telephone numbers over the course of a year leads me to be deeply concerned over the level of obsessive behaviour."

The reason why you should always wear a helmet!