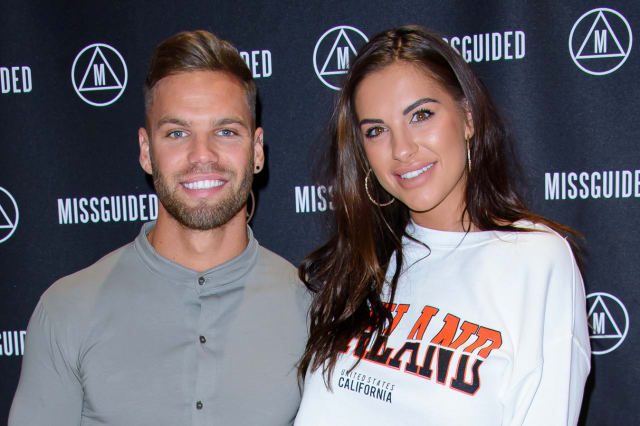 The pair, who met on hit ITV2 show Love Island in June, got engaged on 3 September, but kept it secret until now.

Speaking to the new issue of OK! magazine, the glamour model said: "I was doing a SnapChat video saying how lucky I felt when he called me out onto the terrace.

"I was grinning like a Cheshire Cat when Dom got down on one knee - he said afterwards that he had never seen me smile like that."