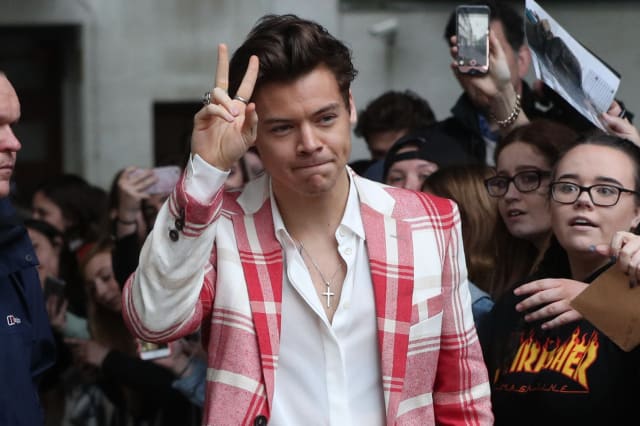 Singer Harry Styles has delighted UK fans by announcing a surprise charity gig in the capital on Saturday.

The performance comes the day after the One Direction star released his debut solo album, Harry Styles.

According to the singer's official website, a "very limited number of tickets" went on sale on Saturday morning.

Hopeful fans, strictly over the age of 16, were asked to travel to the venue in Highbury, north London, for the chance to buy a single £10 ticket.

Proceeds will go to the Little Princess Trust, which provides real hair wigs for children who have lost their hair due to cancer treatment.

The 23-year-old shared the news via his Twitter account, posting: "Hi, I'm playing a show in London tonight. Tickets are available now ... See you later. H."

It comes months before he launches his first solo tour, playing at UK events on four dates later in the year.

British fans complained about Styles's limited attention to his home country when the events were unveiled last month, but he has since been making up for it with a series of surprise appearances to promote the new record.

On Thursday he dropped in on fans attending a screening about the making of the album in west London's Electric Cinema, and on Friday he met crowds waiting for him at BBC's Broadcasting House as he arrived for a series of morning radio shows.

But his London-based greetings are of little use to his hordes of overseas followers, who have taken to Twitter to beg the singer to travel further afield.

Madhuuu commented: "Harry styles is performing a concert in London and I'm sat here in Delhi trying to study anatomy, life really is not fair."

"What about a Vancouver concert?" asked Amanda, while Little_Crazy_Me suggested: "Maybe next concert will be in Poland? What do you think, Harry?"

Sonja James Florea pleaded: "Can someone please be my insider for the @Harry_Styles concert tonight, considering the fact that I live in Australia and can't make it???"

Saturday night's show will take place at The Garage in Highbury Crescent.