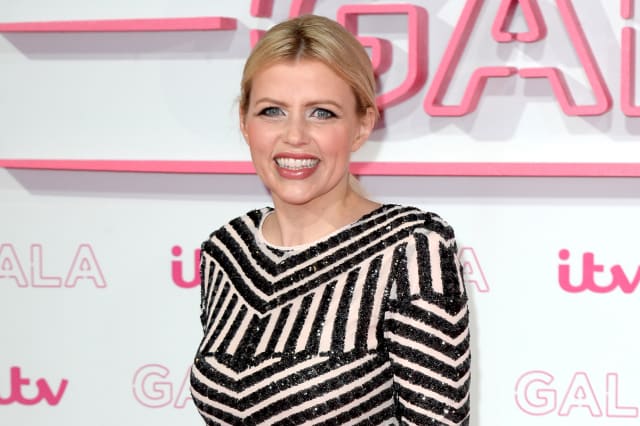 Countryfile presenter Ellie Harrison has revealed she has had circular marks etched into her arm to show her devotion to her partner of 12 years.

Harrison, 39, had the procedure called scarification done on her left forearm.

She told the Mail on Sunday's Event Magazine: "You go to someone who is into body art and you get it done. There are only a few places you can go for it in the whole country."

"They're done with a blade. We're not married, but this was my great offering to him. Obviously if he leaves me I'll have to create a different story about what it's about!"

Asked if the procedure was painful, she said: "Yup, really fucking hurts."

Her partner, doctor Matt Goodman, did not know she was going to have the marks done.

She said: "No, he had no idea, so I presented my arm to him in this kind of clingfilm wrap. You have to scrub (the cuts) out and put Vaseline on, then clingfilm to keep the wounds open and clean.

"He was a bit shocked, I must say. He said he was conflicted, because I'd hurt myself in this pursuit, but he was obviously really quite emotional."

The TV presenter said Goodman, with whom she has three children, had previously proposed to her but she "never saw it through".

"I will do one day," she told the magazine, "We just haven't done that bit. We've done the big stuff, the children and the scars!"

Harrison has been a part of the BBC's rural-focused series since 2009 and says the show's success can be attributed to the fact that "most people will have heard of it", as well as its "dream slot on a Sunday night".

"We film two weeks before so people know it's going to be relevant to what's happening in the countryside. I think the popularity is down to all those things together."

Harrison turned down an offer to present Channel 5's children show, Milkshake!, early on in her career, but later ended up stepping in for presenter Michaela Strachan while she was on maternity leave, to front Michaela's Wild Challenge.

She went on to join The One Show and has also co-presented on the BBC's Secret Britain.

:: Countryfile is on BBC One every Sunday at 7pm.

Selena Gomez claims she was emotionally abused by Justin Bieber