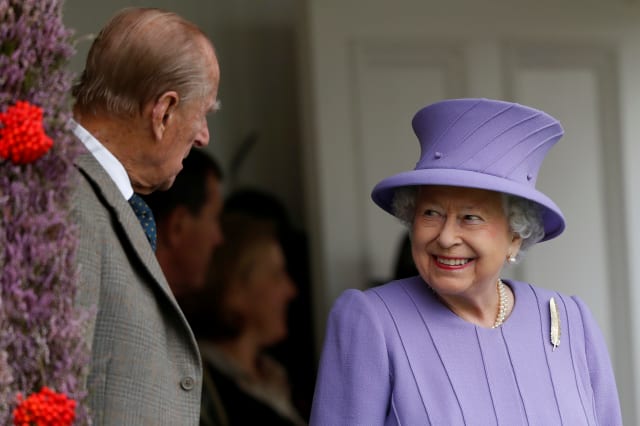 The secret to the long and happy marriage of the Queen and Duke of Edinburgh has been revealed - laughter.

The Countess of Wessex gave a rare insight into the royal couple's relationship when she said: "For her to have found somebody like him, I don't think she could have chosen better.

"And they make each other laugh - which is, you know, it's half the battle, isn't it?"

Sophie, who is married to the couple's youngest son Prince Edward, was talking to presenter Phillip Schofield for the documentary When Phillip Met Prince Philip: 60 Years Of The Duke Of Edinburgh's Award.

She said: "He's been a fantastic life partner for her."

Philip's light-hearted nature was on display in the ITV show. At one official event, he said: "You're going to see the world's most experienced plaque unveiler at work."

It was in 1939 that Princess Elizabeth was said to have fallen for her distant cousin, when they met at the Royal Naval College in Dartmouth, Devon.

Dashing, blond-haired, athletic 18-year-old Philip caught the princess's eye as he entertained her by jumping over tennis nets. They married in 1947.

The king's official biographer, Sir John Wheeler-Bennett, recalled: "This was the man with whom Princess Elizabeth had been in love from their first meeting."

Their marriage is seen as a crucial part of the monarchy. On their golden wedding anniversary in 1997, the Queen paid a touching tribute to her husband, saying: "He has, quite simply, been my strength and stay all these years."

The documentary also showed footage, some of it rarely seen in public, of Philip as a young man. Home video shot by Elizabeth showed Philip playing with their children as a hands-on, fun father.

Many of those events have been in connection with the Duke of Edinburgh award scheme, which is celebrating its 60th birthday.

Young people can work towards a bronze, silver or gold award by volunteering, playing sports, learning a skill and going on an expedition.

The Duke said in the documentary: "Children come into the world completely ignorant with no experience. At least this gives them some idea of what life is like."

The documentary will air at 9pm on ITV.

Middle seat? This is how you handle it without losing your cool

Here are some tips on how to recognise real Marseille soap

What is bowel cancer and how common is it?

Gigi Hadid: I was told I didn't have a runway body