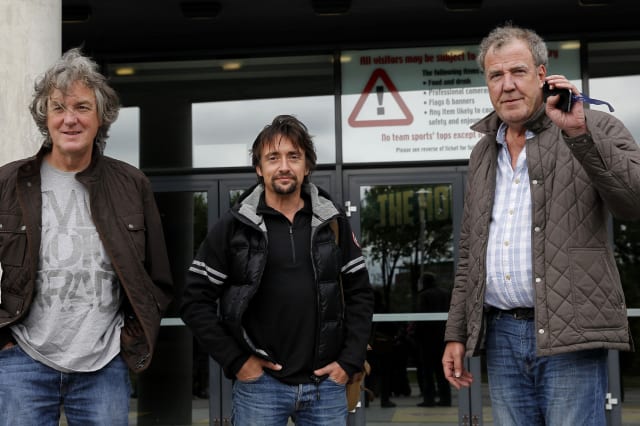 The first instalment of The Grand Tour arrived on Friday - and was met with rave reviews.

Jeremy Clarkson thanked fans and critics for the positive response to his new motoring show.

Now the trio - Jeremy, plus James May and Richard Hammond - have teased their next adventure.

They have arrived in Nashville, Tennessee, much to the delight of fans there.

Eagle-eyed fans suggested someone buy James the boots in the background to complete his Nashville experience.

James wasn't missing a chance to get his own back on Richard, posting this video:

Jeremy replied to a fan asking where they were pitching their tent in the city.

People are DELIGHTED that the trio are in Nashville, and suggestions for things to do were not in short supply.

The first episode of The Grand Tour saw the presenters insist Jeremy was not "technically" fired from BBC motoring show Top Gear.

James and Richard joined him in the debut episode - titled The Holy Trinity - after parting ways with the BBC when Jeremy punched a producer.

The opening sequence - rumoured to have cost £2.5 million - saw Jeremy leave a shiny London office under storm clouds and take a black cab trip while listening to radio reports of his demise.

He boarded a plane to Los Angeles to join his sidekicks and they drove in a vast convoy with I Can See Clearly Now playing in the background to their own Burning Van festival in a Californian desert.

From the stage, they listed a string of jobs that James and Richard have been fired from.

Richard, who described Jeremy as "basically a shaved ape in a shirt", said the 56-year-old "technically is the only one of us never to be fired by anyone".

The series can be streamed on Amazon, with one episode being made available per week.