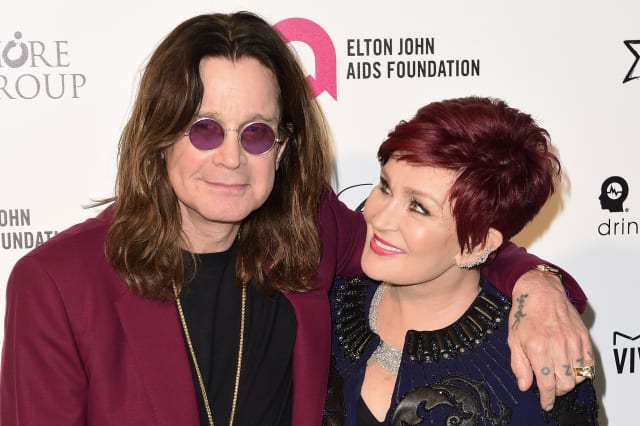 Sharon Osbourne has told how she lost a baby in her late twenties after being attacked by a dog at her parents' home.

The X Factor judge opened up about the "terrifying" incident on US show The Talk.

The show's co-host, who has three children with husband Ozzy, said she hadn't known she was pregnant when she was attacked at the age of 28 by a Doberman Pinscher and a Bernese Mountain Dog.

"I came into the house - then I had a very high-pitched voice - and their ears went like this," she said, while pointing upwards.

"I walked in the door, I said hello and bang.

"The Doberman jumped up and head-butted me - that's one of the things that they do - and got me down to the ground and they both attacked me. It was my mother who got them off me.

"I went to hospital and I didn't know, but I was pregnant and eventually lost the baby."

She added: "It's the most frightening thing in the world and time goes in slow motion and fear - I was just so fearful I could do nothing. You're like a rag doll."

Daniel Radcliffe avoids Twitter beef by not having social media