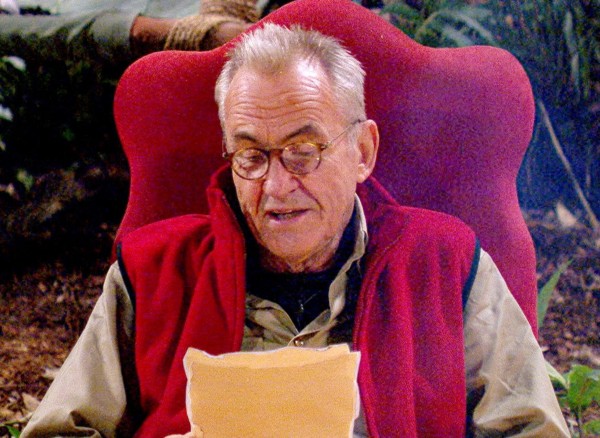 Former EastEnders actor Larry Lamb has spoken about his real-life heartache over not knowing whether he has any grandchildren.

The 69-year-old is a father of four, but he has only seen his eldest daughter Vanessa, born in 1969, once, when she was seven months old.

Larry, who is a contestant in this year's ITV series I'm A Celebrity...Get Me Out Of Here!, spoke to camp mate Adam Thomas in Thursday's episode about his long-lost daughter.

Emmerdale star Adam began asking him about his TV presenter son George Lamb, 36, and then pressed him on whether he had any grandchildren.

Larry said: "I might have, I don't know - I've got a daughter you know, a long-lost daughter, so I might be."

When Adam asked if he wanted to find out, he said: "Yeah I always did, I always have, but the point is that me and her mum broke up before she was born and then she was adopted by her mum's new husband, so I never had anything to do with her and you can't just go bouncing back into someone's life, you know."

On whether she still lives in the UK, Larry said: "I've no idea at all where they are, but I think about it a lot."

The actor had daughter Vanessa with his first wife Anita Wisbey, then son George with second wife Linda Martin, and also has two more daughters, Eloise and Eva-Mathilde, with current partner Clare Burt.

In 2011 he told MailOnline: "Vanessa's mother Anita remarried when Vanessa was three, so I wasn't included in the raising of the child because she had a stepdad - I don't even know whether she knows I'm her biological father.

"I don't know if Vanessa and I will meet up some day - it feels so difficult because it's not for me to go delving into her life.

"But the thought that she might have already made me a grandfather has often crossed my mind."

He added: "Her birthday is so close to mine that every year I think, 'She's another year older'. It's just one of those sadnesses you have to deal with."

I'm A Celebrity...Get Me Out Of Here! continues on Friday on ITV at 9pm.