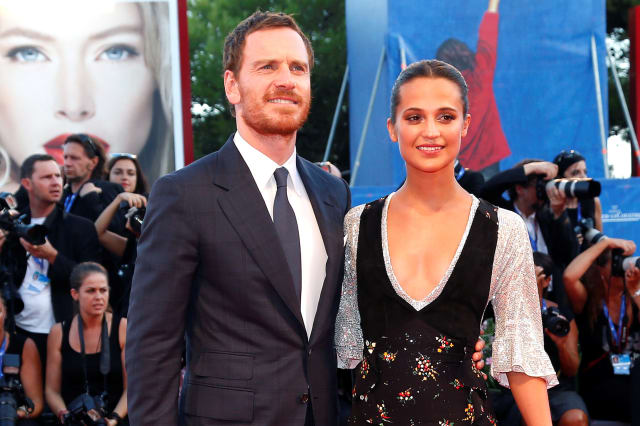 Michael Fassbender and Alicia Vikander will walk the red carpet in London tonight at the UK premiere of their new film The Light Between Oceans.

The real-life couple met on the set of the romantic period drama, which was written and directed by Blue Valentine's Derek Cianfrance.

The Light Between Oceans originally premiered at the 73rd Venice International Film Festival in September.

It follows the emotional story of Australian First World War veteran Tom Sherbourne, now a lighthouse keeper, who struggles to have a baby with his wife Isabel Graysmark.

They are gifted with what appears to be a miracle baby washed up in a boat wreck, but their blissful family life is soon thwarted.

Michael and Alicia have enjoyed a low-profile relationship since meeting on the film's set in 2014 but the Oscar-winning Swedish actress said in a recent interview that they have "never hidden the fact we're a couple".

The Light Between Oceans is set for release in the UK on November 4.

Why don't we sneeze during sleep?