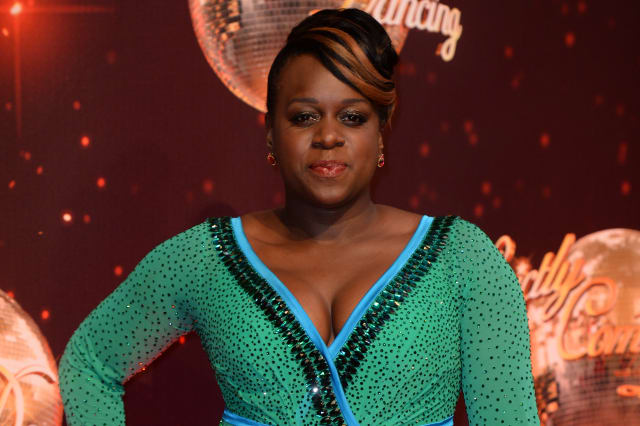 An injured Tameka Empson has limped out of Strictly - but her departure has sparked a racism row.

The EastEnders actress, 39, became the second celebrity to leave the show as she lost a dance-off against TV presenter Laura Whitmore, 31.

She danced while hurt - although singer Anastacia, 48, was allowed to pull out of last week's dance-off because of a serious injury.

The exit of two black stars - radio DJ Melvin Odoom, 36, left the BBC1 show after receiving the fewest public votes last week - has sparked accusations that viewers have been racist.

But a BBC source said that the broadcaster was not to blame for the way in which people voted.

"If there is an issue to explore, it lies with the audience not voting for her, which we have no control over," the insider said.

Tameka was in the middle of the leaderboard but faced the dance-off after her score was combined with viewers' votes.

The judges were left to make the final decision, with Craig Revel Horwood, Bruno Tonioli and Len Goodman opting to keep Whitmore, while Darcey Bussell voted in Empson's favour.

Tameka, who wore a knee brace and was deemed able to take part in the Dance Off, said afterwards: "I did have injuries ... but I didn't really want to focus on that.

"It was always going to be tough in the whole competition but I'm really gutted that I'm leaving."

Her dance partner, Gorka Marquez, accepted the judges' decision to save Whitmore.

"Sad to leave, but is part of the game. Tameka Empson so proud of you! Congrats to Laura Whitmore ...Thanks to everyone!!," he tweeted.