Stevie Wonder's poignant Prince tribute: 'His music was so picturesque even I could see it' 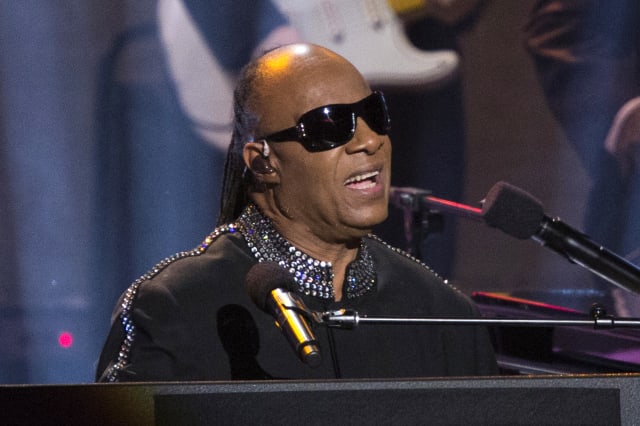 Stevie Wonder has paid tribute to Prince, saying his friend and collaborator "took music to a whole other place".

The 65-year-old was interviewed soon after the Purple Rain singer died aged 57 on April 21, but has now given a lengthy and personal tribute to Rolling Stone.

Stevie, who has been blind since he was a baby, told the magazine: "Prince's music was so picturesque that even I could see it."

The pair worked together on Stevie's 2005 single So What The Fuss and also regularly jammed together.

"Prince's songs were that vivid, the images were that strong," Stevie added. "I think I related to the way Prince saw things because we both grew up in the Mid West, where we met all kinds of people and had a great spectrum from which to learn. We both grew up hearing blues, rock & roll, jazz and gospel, and found the value in it all."

The Superstition singer also recalled the last time the pair spoke and how they "talked about how we needed to fix this world".

He added: "If Michael (Jackson) was the King of Pop, Prince should be the Emperor.

"Prince fought for his artistic freedom. He didn't allow anyone or anything to get in his way. By following his own path, Prince took music to a whole other place, like the Beatles did. He wanted to change the way things were, like Marvin Gaye did. When you do that, you have to be very sure of yourself."

Soon after Prince's death, Stevie gave an emotional on-camera interview to CNN where the news channel showed a 1999 interview in which Prince called Stevie "an inspiration who I look up to a great deal" and "a role model".

Stevie paid tribute in return: "He was a great musician. He loved music. He loved playing his instruments and you know the times we jammed together were amazing."

He also praised the combinations of musicians Prince was able to bring together.

Christmas can be ‘relatively safe’ if stringent restrictions imposed – scientist

Perrie Edwards in agony after tearing base of spine