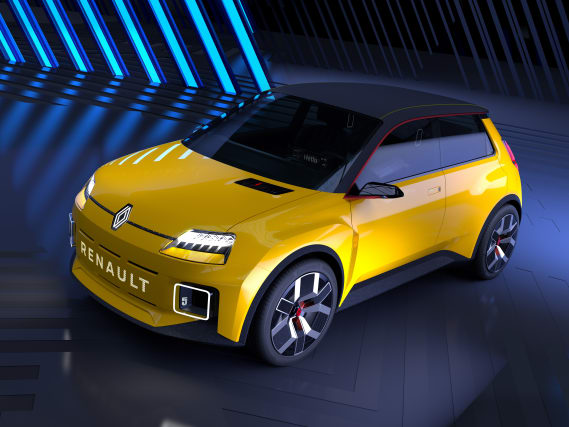 Renault has announced that it will launch a modern interpretation of its classic 5 hatchback, reborn as an electric vehicle.

The striking Renault 5 Prototype takes design inspiration from the French firm’s popular hatch, which was in production between 1972 and 1985. It found favour with all manner of drivers thanks to its clever packaging and compact size.

The electric 5 will form part of Renault’s EV offensive, which will see seven fully electric vehicles launched by 2025. It was announced today (Jan 14) as part of the Groupe Renault’s ‘Renaulution’ strategic plan, which brings a shift from focusing on volume in favour of increasing value and profitability.

It will condense the number of platforms used by the wider group from six to three, while the eight powertrain ‘families’ currently available will be stripped back to four. By 2025, it plans to focus on one petrol engine which can be used as a hybrid, one fully electric powertrain, one hydrogen and a diesel, which will be used only in light commercial vehicles.

It represents a considerable streamlining of the firm’s current powertrain line-up, which includes three petrol, three diesel, one hybrid and one electric.

Though the new Renault 5 Concept has been released without a firm production date, it’ll form a key part of the firm’s line-up. With wide arches and a prominent front splitter, it takes many design cues from the go-faster Renault 5 Turbo – a cult favourite among car enthusiasts.