Toyota Supra with 2.0-litre engine goes on sale in the UK 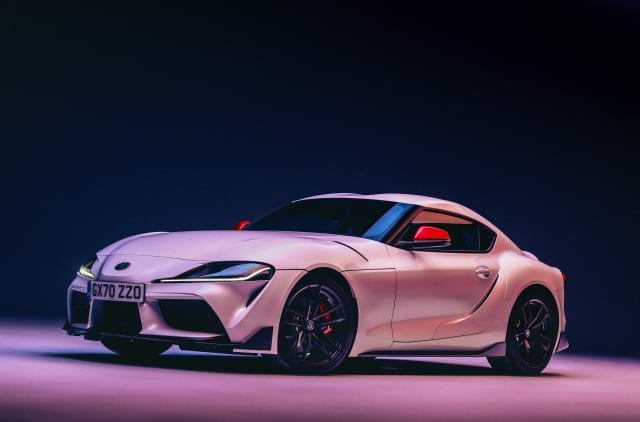 Toyota has expanded its Supra line-up by bringing an entry-level model to the UK.

The GR Supra 2.0 gets its name from the 2.0-litre, four-cylinder petrol engine under the bonnet. Toyota says this unit contributes to the car being 100kg lighter than the 3.0-litre, six-cylinder model.

The new engine makes 254bhp and 400Nm of torque – compared with 330bhp and 500Nm in the 3.0 – and uses an eight-speed automatic gearbox. It’ll go from 0-60mph in five seconds using launch control, while the top speed is restricted to 155mph.

It features advanced technology, such as splitting the turbo’s exhaust in two to reduce interference between the cylinders and allowing the turbo to operate from lower engine speeds, improving response.

Toyota claims fuel economy is 38.7mpg on the combined cycle with CO2 emissions of 167g/km.

Performance features include an active differential that’s always adjusting between full and zero lock, a separate ECU dedicated to deploying power appropriately, and a variable suspension that constantly works to keep the car flat.

The Supra 2.0 is fitted with 18-inch black alloy wheels, and has wider tyres at the rear for improved traction. A limited-edition Fuji Speedway Edition is also available, and this gets 19-inch alloy wheels.