These were the best-selling cars in 2020 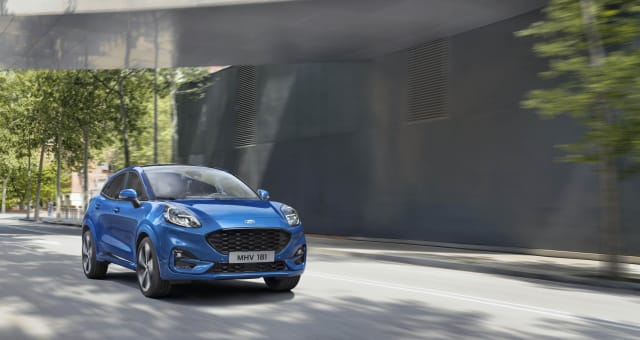 2020 represented an extremely turbulent year for the motoring industry. Total new car sales by more than 29 per cent, with registrations dropping by 1.63 million during the year as a result of a myriad of issues.

However, the Society of Motor Manufacturers and Traders (SMMT) has released a list of the most popular cars for the year, showcasing the buying trends in what has been an extremely testing year. Here’s how things have shaped up.

It’s little surprise to find the Ford Fiesta topping this list, given that it’s one of the UK’s most beloved small cars. Offering excellent value for money and a surprisingly involving driving experience, the Fiesta really is exceptionally well-rounded.

Sales totalled just over 49,000 within the year, resulting in the Fiesta coming out at the top of the list of 2020’s best-sellers.

Vauxhall’s Corsa has been a consistent best-seller for each month of 2020, having been bolstered by the introduction of a new model as well as an innovative electric version. Smartly styled and well-finished inside, the Corsa tends to fit the bill for many people.

Volkswagen’s new eight-generation Golf arrived in 2020, but hit the market just as the UK’s first lockdown was announced. As a result, the Golf’s immediate impact was somewhat blunted, but as restrictions relaxed the Golf has soon come on song.

It takes the final podium spot for 2020, with sales of just over 43,000. With high levels of technology and an efficient range of engines, the latest Golf is as well-packaged as ever.

The Ford Focus is a household name here in the UK, having offered family-friendly motoring for decades. Needless to say, the latest version is proving popular, with registrations totalling 39,372 ensuring it remains high on this list.

The latest generation of Focus may have been on our roads for a little while now, but it continues to impress thanks to a series of efficient engines as well as a variety of well-specified trim levels.

Merc’s smallest car in its range – the A-Class – is a strong seller for the firm, owing to its ability to deliver a more premium experience than rivals but for a relatively affordable price. Strong finance offers help to boost the A-Class’ popularity too.

With a classy interior and a series of punchy engines, the A-Class delivers an experience which will be enjoyed by many.

Nissan’s Qashqai continues to prove popular thanks to its clever packaging and smartly finished interior. Often hailed as the original crossover, the latest Qashqai is more efficient yet brings better value-for-money than ever.

With sales of just under 34,000, the Qashqai has remained popular in what has been a very testing year for Nissan.

Mini’s popular hatch is a regular sight on the monthly list of best-sellers, with its retro styling and exciting handling ensuring that it remains a hit with thousands of buyers. It’s still made in Oxford, too.

Just over 31,000 registrations were made during 2020, which shows that despite the emergence of many rivals in recent years, the Mini continues to be popular with buyers.

The Polo has, much like the Golf, been a popular Volkswagen model for decades. A strong contender in the first-car market – as well as an efficient and practical option for families – the Polo is a real multi-tool of a vehicle, appealing to many different types of drivers.

The most recent Polo brings the legendary build quality associated with Volkswagen vehicles, while a host of efficient engines ensure that it’s a car which won’t cost the earth to run, either.

The Ford Fiesta was the most popular car in 2020, so it’s perhaps no surprise to see the Puma on the list, too. It’s a crossover based on the Fiesta, so you get all the same appeal of the hatchback but with added practicality.

One of the Puma’s unique selling points is the MegaBox in the boot, which is essentially a clever storage solution that massively increases boot space. It’s also great to drive with a good cabin, which enhances its appeal.

It’s a sign of how far Volvo has come over the past decade of reinventing itself as a premium brand that the XC40 has sneaked its way into 2020’s best-selling list.

The Swedish firm has built on its reputation for safety but adding style and fantastic build quality to the mix. The XC40 is the firm’s entry-level SUV, providing a surprisingly affordable route to Volvo ownership.